Each year the humpback whales make their migratory trip from Alaska and the frigid and nutrient rich Bearing Sea to the warm Pacific Ocean and tropical Hawaiian Islands.  We are lucky enough to live in Maui half of the year, which means we have the honor of seeing these beautiful creatures during their most active time of the season.  When they arive in Maui, they mate, deliver, and raise their calfs.  The males are quite active putting on a display for the females.  As the mothers deliver their calfs they begin the task of teaching them how to breech and nursing them while keeping a close eye on them in the shallows.  I was out whale watching as soon as the season opened! This photo is of a mother and her calf.  The mother would breech and the calf would watch her.  After the second breech that the mother would make, the calf would imitate her actions and the baby would attempt a breech right next to her.  They are hard to catch on film, but I managed to catch a couple of them.  Here is the rest of the sequence. This Was the mothers display for her calf.  After the last part of her fin entered the water, her calf breeched right next to her.  The calves are hard to catch because they are so much smaller than the adults and because their breech is over as fast as they begin! I caught one calf breech on film, unfortunately, I have not figured out how to upload from my flip video to Active Rain yet, but when I do, I will post it for you all to see.

As the sun was setting I caught one more whale sighting.  If you look in the center of the photo below you will see the tail of a humpback whale. We went out whale watching in the afternoon and we got to watch the sunset from the water out by the back side of Molokini.  It was a beautiful sight. I took the photo below as we made our way back to Maalaea Bay. Every day in Maui I soak in the beauty all around.  It is absolutely a tropical paradise!

My wife and I went whale watching once in Nova Scotia and saw water what a bummer, nice photos

Great pictures. I have never been whale watching before. I guess that is one thing I'll have to put on my bucket list.

Well hello Dawn and yes you two are back! And what a great way to start my day off by looking at some wonderful photographs of "Whales"

I have yet to capture whales with my camera or on video because I have never gone whale watching! I really want to do it some time in the future and I would love to catch them on video and put it on youtube.

Your wonderful post & photos have been featured at one of my favorite groups at Activerain because love it, and I don't want anyone to miss it ...

This must be amazing and inspiring to see in person. Thanks for sharing the pics and story, Dawn!

It truely is amazing to watch up close.  I have enjoyed watching them in Maui and I have sure learned a lot about them in the process.  Thanks for the complement.  I do love to photograph them!

I am sorry that you missed them!  Thanks for the laugh!  Better luck next time.  I hope that you too can enjoy their beauty up close someday.  Thanks and have a great Sunday!

I highly recommend it!  It is amazing to watch these huge creatures up close and personal.  We also saw some dolphins and a flying fish on this trip out.  Very exciting indeed!  I am glad that you enjoyed the photos and have a great Sunday.

It is nice to be back in action, and I am so happy that I was able to jump start your day with a smile!  Thank you for the feature!  I love whale watching and feel so lucky to get to go so often!  Have a great Sunday!

It truely is!  Your welcome and  my pleasure!  I hope you have a great Sunday as well!

Dawn, if you cruise over to the Kona side, we have a good friend that has a charter boat for sport fishing, whale watching and snorkeling. We have a blog with his info or you can go to his site Kona Sea Adventures

You do take beautiful pictures! They are hard to photograph and awesome to watch.

I've been to Maui, but not during whale season. On my to do list: - go back to see this extravaganza. Thanks for sharing!

I agree Dawn!  It is the most beautiful place and if you are lucky enough to see the whales, they are incredible.  We have a time share on Maui so have been many times.  Thanks for sharing!!!!

These are awesome pictures!  Whenever we go whale watching it is rare to see them much less this! What an amazing experience!  Such great photos.  It sounds like it is quite exciting to see live!

Wonderful pictures! Whales are amazing creatures. I was able to see a number of them off the coast of British Columbia when I was there a few years ago. It was a magnificent experience.

Thank you so much for sharing! All the pictures are amazing, including the whales and the beautiful sunset.

Going whale watching in Maine was as good as seeing the seven wonders of the world for me. You brought back many fond memories and your photography is superb! Thank you so much for sharing your amazing photos and life experiences with the whales. :)

Today, you made me happy!

Great pictures from your whale watch!  I haven't seen such good action this year, but haven't really been looking.

We have whales come by our coast at this time of year.  Beautiful pics. 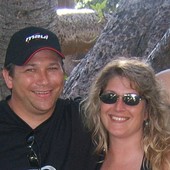