Recently our real estate office,  MacIntyre & Cowen- REMAX Real Estate in Lansing, MI was contacted by the Lansing Police Department to gain access to one our vacant listing in Lansing's Southside.  Needless to say I was skepical when I received the call but ultimately compelled to do the right thing and get involved.  After permission from the absentee owner and checking that everything was on the up and up, our office agreed to give exclusive access to property to the local authorities.  The intended use was for a one week stake-out to catch an eluding felon.  Lansing police had received a tip that a man who had escaped from custody in August, and had numerous weapons charges outstanding, was hiding out in a nearby home. Police considered the man armed and very dangerous The police were able to set up survelliance and collect intel to bring down the criminal at large.  Late last Thursday night, after a two hour stand off, the fugitive armed with an assault rifle and wearing a bullet-proof vest, was captured. That's a good day's work eh?  I am originally from right there in Lansing, MI!  I now live in Ithaca, NY, and we have a little town called Lansing just to the north of us here.  Congrats on helping with a community service issue in a way that made sense and made a BIG difference!

Hi Peter, Nice to know the guy is off the streets!  Also, it's great that you were able to be a contributing factor. 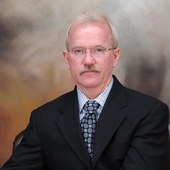