My current mortgage interest rate, which is of the Jumbo variety, is 3.25%. That could change in November, 2011, but it is fixed at that rate until that date. When it does changes, it can only increase by one percent a year. That means, in effect, that I am guaranteed a 4.25% interest rate until November, 2013. This information is not furnished with any intention of bragging; it is just a statement of facts.

I had a chance, when I purchased my current hom, to accept a thirty year fixed rate at 6.25%. I could have afforded that rate, but I chose to take the adjustable rate route instead. History has shown that this was not an irresponsible decision, although my financial adviser told me not to take the route I chose. I am sure most financial advisers advise people the exact same way today.

This was, and is, my thinking. If interest rates exploded, it would really only be because the economy was improving. If the economy improves, my business as a Massachusetts real estate attorney, should improve, as well. I should be doing more deals, at higher prices. On the other hand, if the economy is faltering, as it has done since my purchase in 2005, interest rates will probably go down with the economy. All one needs to do is look at current rates, including the puny rates that banks pay on savings accounts, to see that rates have done just that, gone down decisively

So, in my typical contrarian manner, I generally advise my Buyer clients to carefully consider an adjustable rate mortgage when they are looking at financing alternatives. In the long run, I am convinced that ARMs can work out just fine for people,and that people pay an unhealthy premium for fixed rate mortgaes in homes which they will occupy, on the average, but seven short years. I would be interested in hearing your take on this subject, since I am almost sure that I am articulating the minority view.

Interesting idea, Elliott. I think people are afraid to even breathe "ARM" for fear of being accused of recommending a bad loan. 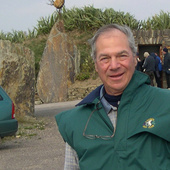