After a great weekend enjoying family time, I returned to the office this morning my usual bright eyed and bushy tailed self.  It seemed rather dark in the office this morning and I quickly learned that we had been experiencing power surges that knocked out electricity to half the office building.  Fortunately our individual office still had electricity so I flipped on my computer and began organizing my desk as it booted up. After a few moments I glanced up at my computer screen, or at least I thought it was my computer screen.  There on the screen wasn't the picture of me and my nieces and in front of the Christmas tree that I had grown so fond of.  Instead, it was the original Windows landscape and the original five icons that come with your computer when you turn it on for the first time.  My stomach began to churn.

Just then, a balloon popped up asking me if I was interested in taking a tour of my new computer.  I began hyperventilating and immediately placed my head between my knees in hopes that the blood that had suddenly rushed out of my head would return to its normal home and restore brain function.

After the third prayer I took my head from between my knees and faced my empty screen again.  It was at this point that Lexi reminded me that nearly a year ago we had subscribed to carbonite.com.  A small ray of hope flickered as I scrambled to find my log-in information and see if I could save some of my prescious pictures, documents, files, calendar, etc.  I must admit that while I was doing this I was also leaving a frantic message for a local IT specialist to see if there was anything that could be done!

I finally calmed down enough to get logged in and read the instructions on how to access my backed-up files and restore them to my computer.  Within 15 minutes all of my files were just as I had left them Friday afternoon, my neices and I were back in front of the Christmas tree on the desktop, and order was restored to the universe.

I would recommend carbonite to absolutely anyone and everyone.  The cost is about $50 per year, and worth every penny!  If you haven't backed up your computer lately, or ever, this is something that I would recommend doing as soon as possible, because putting it off is playing with fire.

There are a number of people who promote carbonite and you can get some discounts or a free month or two.  I believe that Rush Limbaugh and Kim Komandoare both spokesman.  Just go to their web sites and click on the carbonite link to sign up.  I'm sure glad we did!

Carbonite is an outstanding service.  I outgrew it and use a DROBO for my office, but for the single PC...Carbonite all day long!

Thanks Gary!  We are members for life now!

Paul - I beieve it does. I know it completely backed up all of our microsoft office program files and my dragon dictation program. 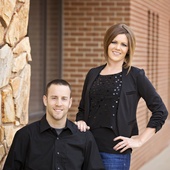