If you love the internet, just wait until the government gets their hands on it. If it's not broken, leave it to the government to totally mess it up.

This isn't the first time that the government or a regulatory commission has designed a solution and then created a problem for which to use the "FIX".

The Internet is a network of networks.  How will the ACTIVERAIN network operate when their cost of broadband exceeds their ability to deliver speed necessary.  Would ActiveRain survive if the members were required to pay for use, perhaps so many $$$ per each 5 minutes.  This is the way AOL charged back in the early 1990s.  So many $$$$ for so many minutes/hours of use.  Heave commercial users consume large amounts of bandwith for which they pay, often through sponsors / advertisers.  Will their use be limited based on the governments determination of "need"???

IT'S ALL ABOUT JOBS FOR THE AMERICAN PEOPLE . . . .   Isn't it????  Chairman of the FCC, Julius Genachowski, explains that the new regulations will advance American innovation, economic growth, and job creation.  I seem to remember that the same justification was used to nationalize health care,  force banks to make home loans and nationalize student loans.

NET NEUTRALITY IS NOT COMPETTION BASED.  The rules appear to apply to phone and cable companies and designed to prevent them from exercising control over broadband connections.   How is the FCC going to prevent online service companies from providing fee based services?   Heavy users of broadband pay more for bandwidth and speed.  Lesser fees deliver less service.  OMG, the FREE MARKET AT WORK.  Got to stop that nonsense.

IS THIS A CLEVERLY OBSCURED PLAN TO TAX THE INTERNET???  I am of the opinion that the "END GAME" in this action, in addition to information control, will be to give the government the ability to introduce TAXESinto the system.   The more the government is involved in any industry, the more it can find ways of taxing the use, directly or indirectly.   It naturally follows tha

t guidelines, regulations and enforcement will come with a cost.

OR, IS THIS JUST THE FIRST STEP IN INFORMATION CONTROL??  The Obama administration has always supported and promoted The Fairness Doctrine.  Is net neutrality just another word for CONTROL of information on the Internet???  Yes, I'm paranoid.

WILL THERE SOON BE TWO INTERNETS?  The rule appears to permit broadband providers to route traffic from certain services over dedicated networks separate and apart from those services available to the public.  Competition between providers could offer "premium upgraded" service for subscribers and another "domestic or regular" service for consumers at a far lower price.

Broadband today is considered a PUBLIC INFORMATION service and not regulated.  THE GOVERNMENT SIMPLY CANNOT PERMIT a freely accessible information service to exist.  This is, IMO, not about the Internet at all.  It's about POWER and CONTROL - - Control of Information.

Congress can stop this insanity.

I TRIED TO READ THE PRESS RELEASE FOR THIS ACTION ON THE FDD WEB SITE AND GOT THE FOLLOWING MESSAGE.  I do like to quote authorities for accuracy.  Sadly, the message on the FCC website was::

The document at DOC-303746.pdf is temporarily unavailable because the number of requests has exceeded EDOCS processing capacity. Please try again in 5 or 10 minutes. If the problems persist, please e-mail EdocsHelp for assistance. EDOCS system status information is available at EDOCSStatus .

I love the footer about trying to access the press release. Sounds like what we'll all be getting if this passes. It's impossible for me to conceive of limited internet acccess 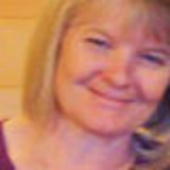