First – this is NOT a political rant, or discussion of politics.

First, the back story:  Beck’s radio show was dropped from the line-up of the local AM (1210 AM) conservative talk station, effective last Monday.

Now back to the outrage….. Beck suddenly decided last Monday to decide smear the entire city of Philadelphia on his show.  For no apparent reason, Beck came out with the following:

“You know how Philadelphia isn’t a place you want to be?”  Entering a discussion where he announced people shouldn’t feel safe after 6 or 7 PM, especially on “the killing streets” around Independence Hall.

All of this before eloquently concluding: “Philadelphia sucks.”

Obvious sour grapes, and I tried to ignore the comments, but I can’t because they are SOOOOO wrong and they could give an entirely WRONG impression of our city. The truth is:  most of the area around Independence Hall is parks and museums, with a HEAVY presence of guards and police (as you might expect around national monuments like the Liberty Bell.)

I know, it instantly conjures up images of gangs and guns – doesn’t it?  Run for your life – it’s Besty Ross!!!!!!

I might suggest that this is one of the safest places in town for just that reason – well, unless you are afraid a guy in a Ben Franklin outfit might try to run you down in one of the horse drawn carriages.

The point is that Philadelphia takes a lot of punches, and some rightly so (like the guy who got tazed at a Phillies game, ugh!).  There was a time when the city earned its reputation as rude and dirty.

Those days are gone now – gone the way of W. Wilson Goode (oh, wait, his son is a councilman?) Well, gone the way of Frank Rizzo (his son, too?)   Bill Green?  (Really? Can’t their kids find a job on their own?)

Anyway, Philadelphia is a GREAT town with A LOT to do and has become a legitimate world-class city. We will fight back against cheap-shots and wrong-headed comments that smear our town, and tarnish the new image we have worked hard to build.  (Hey, you all saw Rocky – you know we are fighters!!)

Sure, there are still some sketchy neighborhoods (as there are in any major city) and we still have the rough edges of our rowhouse roots (this video gives you good insight into how we protect our parking spaces, if you don’t have sensitive ears – it’s pretty crude, but very funny and very Philly).

But we are SO MUCH MORE.  And it would be a shame for you if you miss out on it, because a jilted media figure (who, lived right outside Philly and knows better) decides to trash us as he is kicked to the curb.

Check us out: Love Park, the Art Museum, the Franklin Institute, the Mutter Museum (for the oddballs out there).  Ben Franklin, Betsy Ross, and the Founding Fathers got it right.

Way to defend your home turf!

I have to admit, as a regular viewer of Fox, I don't "get" Glenn Beck.

Philadelphia doesn't rank high in the lists of "dangerous" cities.

Phil - Thanks!  SOMEone has to do it, right?

Lenn - I have no idea where it came from except anger at being cancelled.  If he had talked about North Philly I would even have been OK with it, but Independence Hall?  Nonsense. 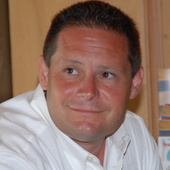 Honest answers and advice to Realtors, Home Buyers and Sellers and...well, ANYONE, from the Philadelphia area's top home inspector.