I think if you look at the Real Estate market in the Triangle, West Cary specifically over the past two to three years…. one thing is certain. That is most demographics and price points in our market have suffered to some extent in both resale and most certainly new construction, but the 55+ers have continued to buy new construction in the right location with the right amenities straight through the Great Recession!  Carolina Preserve at Amberly has continuously been ranked one of the best selling neighborhoods in Wake County since they opened their doors in 2006 and Pulte just purchased more land at the end of 2010 to expand the neighborhood further because of it's phenomenal success.  Carolina Preserve is one of the few Cary neighborhoods that sits within both Wake and Chatham Counties that has experienced this kind of success in selling homes.  Perhaps because of the age of it's homebuyers?  Most people with younger children do not want to live in Chatham County because they prefer Wake County's Public Schools…. but for neighborhoods like Carolina Preserve, this is not an issue.  With Carolina Preserve getting closer to build out…. it is my prediction that more age restricted or age targeted communities pop up in Chatham County within Cary Town Limits.

As Always Thanks For Reading! 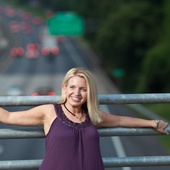