Low prices on homes for sale in 2010 meant fewer land sales in Murphy, North Carolina and Cherokee County.  A total of 156 parcels of land listed on the Mountain Lakes MLS service sold in 2010, with the majority of one to three acre lots selling for under $30,000.  But even with low prices for mountain land, prospective buyers found that they could buy an existing home here in the mountains last year for much less than the cost of buying a lot and building.

Bargain hunting buyers planning for future use or investment found plenty of property from which to choose.  As of January, 2011, there were 1,492 parcels of land for sale in Murphy and Cherokee County.

Property in foreclosure made up 23% of all land sales in Cherokee County North Carolina in 2010.  There were 35 foreclosed parcels of land sold. Although there were over 500 building lots for sale at $50,000 and above in Cherokee County, last year only 10 lots sold for $50,000 or more and most of those were river or creekfront properties.  In today's market, sellers of lots listed at $50,000 or more have less than a 2% chance of selling their property at that price.

Several one day "Event Sales" were held in subdivisions in Cherokee County, North Carolina in 2010.  These drew large numbers of prospective buyers.  However, the number of lots sold at these events last year is down from similar events held in 2008 and 2009, as more buyers become aware of the wide variety and bargain prices available on the open market.

Based on the prices I've seen listed in the deed records for Cherokee County, most buyers pay more for a lot at an event sale than they would if they bought property after spending a weekend viewing comparable lots with a Realtor.

Hi Kate -- hope prices stabilize in Cherokee County soon. It's such a beautiful area, as I've learned from your posts. Hopefully buyers will see your posts and call you--sounds like they could buy some wonderful places to call home. Best to you, 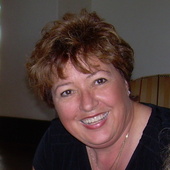