Here is our official 2010 year in review for Twinsburg Oh real estate, complete with a comparison to 2009. We will provide commentary after giving statistics on the Twinsburg Ohio housing market.

Here is a break down of all 2010 sales by specific price bands: We saw less home sales this year in Twinsburg, but the average price increased. We attribute that to less distressed sales, especially in the under $100,000 price point.

While many of the area's older suburbs such as Pepper Pike saw an increase in sales and purchase price, cities with newer housing such as Twinsburg and Solon saw a decrease in sales.

There is no way to tell why this may be, but one theory states that there are more people under water on their mortgages in areas like Twinsburg, thus they are not able to price their homes to sell. The last 10 years saw a large amount of sales in newer subdivisions such as Ethan's Green, and many buyers put very little money down during the years when low down payment loans were the norm. Consequently, a lot of the folks now looking to sell have little or no equity, making sales more difficult.

Moving forward, we anticipate sales and average sales price to remain flat for a while here in Twinsburg until the local economy improves. However, with rates remaining low, it still remains a favorable time to buy, especially those that are moving up to a larger home.

Dan and Amy Schuman live on the East side of Cleveland and specialize in Cleveland Luxury Homes, working with buyers relocating to Cleveland, and first-time buyers.

For a personal consultation or to speak directly to The Schuman Team, call 216-346-3235 or email.

Twinsburg Oh Year End Market Report 2010 is the property of The Schuman Team and may not be duplicated or used without their written consent. ©January, 2011 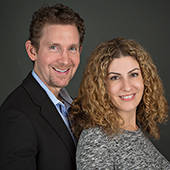