Yesterday January 25, 2011 my son and his family were deployed to Germany for three years.  Being in the military things like this happen, sometimes more often than parents like.  Well it could be worse, some might say, he could be going to Iraq.  He's been there.  He could have gone to Afghanistan.  Yes he could have.  He has also been in Saudi Arabia during the first gulf war.   So he is familiar with heading to places outside of the country.

Maybe I have been spoiled having him within two hours away for the last five years but that doesn't change how a parent feels when their child is out of sight even if they are all grown up.  I hope that he has a good tour of duty.

Now I know how my parents felt when I left to join the Ari Force in the 60's.

Good luck to your son and family and may God always be with him.  Thank him for being of such great service to our country.

How sad for you but I know that you are a proud dad as well you should be!

Featured in the Group :Whacked!!!"

Don - good luck to your son and his family.   You should be very proud of him.

Don - It's got to be hard to watch your boy leave. But maybe it will give you an excuse to do a European Vacation.

It doesn't matter how old, or tough, they are, they're still our children. I wish him and his family only the best on this new assignment.

I am sure you are real proud of your son Don! Wishing him the best of luck on his new journey.

To you, your son and family Thanks for the service.  Sometimes we forget how much being away affects the entire family.

Ahh, Yes, the proud Father.  As you should be.  Tell your Son THANK YOU for his service.  I am very grateful!!!

Don, It's always difficult to watch our loved ones leave especially in the military.  I bet he's going to miss being close to you too.

I spent 3 years "behind the wall" in West Berlin in the late 70's.  He''ll have a great time over there. And, now you've got an excuse to visit Europe!

Thank him for being there for us!

Don, first of all thank you to your son for his service to our country.  How about a European vacation to visit the family?

Thanks to all of you for your kind words and thoughtful sentiments.  I am not too sure about the vacation but it does sound inviting.  Hmmmm.

My son moved to Texas and took my grandbabies with him. I was lost without him thank god he hated it and came home in 6 months. I feel for you!!

Hi Don, I have two sons and can only imagine how I would feel if they went off for three years. All the best wishes to you and your family.

Don-may he and his fellows all return safe and sound. Many thanks to you ALL for this sacrifice, and your service to our country!! 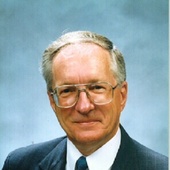