Civil War....Or War Between the States however you refer to the war it's effects on Middle Tennessee are still with us today. Learn the effect it had, and continues to have on Nashville and Franklin.  As part of the 150th Anniversary of the start of the Civil War and the presidential inauguration of Abraham Lincoln the Battle of Franklin Trust today launches a Series at Carnton Plantation and Vanderbilt University.

The Vanderbilt lectures are free and begin at 4:10 pm in room 101 of Buttrick Hall.  The first in the series is titled Abolitionism and the Coming of the Civil War.  Following the lecture a video presentation will be available online at http:/news.vanderbilt.edu.

Also today beginning at 6:30 pm at the Carnton Plantation Mansion's Fleming Center in Franklinauthors Eric Jacobson and Thomas Flagel will present Lincoln's Election and the Secession Drama.  Space is limited to the first 100 people.

So if you've been interested in studying the effects the war had on Middle Tennessee before, during and today then you should check out this series.

Are referring to the "War of Northern Aggression"? - LOL There is so much history in this area. McGavok farms is where the 5th TN Calvary trained and the plantation house that served as the headquarters by generals on both sides...

Good Morning Diane, thanks for the excellent post, the events would are very interesting. 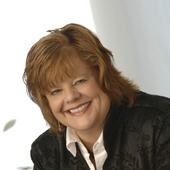