One of the high interest items discussed this Tuesday at the ‘State of the City’ address by Fort Collins Mayor Doug Hutchinson and City Manager Darin Atteberry was in regards to the oft-rumored Mason Corridor project.  While the past years proposal was for a light rail system that was not economically feasible or aligned with the city growth plan, the revised plan for a Express Bus Rapid transit (EBR) has been approved and is in development.

What this Means to You – Citizens and Visitors

Easier transportation from South to North Fort Collins, CSU student access from an expanded area of Fort Collins (easing the concentration of rentals in the College area) and a decrease of traffic along College avenue.  Continued Fort Collins accolades bring a greater influx of new residents and this plan will help to eliminate the increasing traffic on the one major North-South artery (287/College).

What this Means to You – Homeowners

Homeowners along Mason and Howes will see an increase in property value as commercial viability improves along that corridor.  Those within a certain ‘right of way’ margin may also be approached by the City for inclusion with the project.  We have already seen an increase in interest for investors looking to get ahead of the wave.

What this Means to You – Business Owners

Business owners along Mason and Howes will not be moved as has been rumored, nor will they be required to make substantial adjustments to facilitate project development.  They will also undoubtedly see growth from an additional source of customer traffic.

The project will involve the expansion of Mason to allow for two-way traffic as well as the already accomplished change over of Howes to two-way in Old Town.  Pedestrian and Bicycle paths, as well as safe crossings, will be implemented into the planned expansion.  In addition, a new South Transit Center is to be constructed south of Harmony Road.

I, for one, am excited to see what changes are in store for us over the next two years and was impressed with the consideration and foresight the City has put into its implementation.

I will keep this post updated as new information becomes available but feel free to check the City of Fort Collins website.

*Images are the property of Melissa Worth Design. Check her portfolio here for other fantastic design work.

Who is funding this project, are there federal dollars involved. In my market our mayor calls that "FREE Money". Have you ever heard of any free money from anywhere?

Hi Chris - You called it.  The project has been approved for federal funding, although the total has been reported to be anywhere from 11 million to 82 million.  I've yet to see a confirmed amount.  Free money for the Mayor but we've all paid for it! 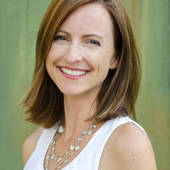