In reference to a previous blog post I had about Shakopee schools, it sounds as though the Shakopee school board will have some tough decisions ahead of them. I think the most crucial topic currently on the table before next school year is configuring the grade levels. They will need to decide on a Kindergarten center, 6th grade center or some other option I imagine sometime in the near future as teacher will need to be relocated and settled with the new elementary school set to open for the 2011-2012 school year.

In regards to the possibility of a new high school in Shakopee, some within Shakopee are worried dividing Shakopee Schools would also divide the town. Some are concerned this would be similar to when the mascot was the Shakopee Indians and the transition to the Sabers. Many propoents and long time Shakopee residents wanted to keep the Indians. Shakopee, which has always had a small town feel since I lived here, is rapidly changing. Many areas have expanded and built a second high schools successfully. Lakeville North/ South, Chaska/ Chanhassen, Apple Valley/ Eastview and Woodbury and Eastridge to name a few.  I'm sure Shakopee will take into consideration ideas current resident have, but I ultimately see Shakopee within 5-10 years with a second school. I also see Shakopee expanding their business sector as well with an increase of Shakopee real estate land selling and builders again putting up many homes after a previous lag.

We have seen a population explosion of Shakopee real estate since the opening of the highway 169 bridge, and with that our town has become much more diverse in the process. Shakopee will continue to grow with the amount of vacant land around for building residential homes, commercial land and industrial areas to bring in new business and more resident. 10 years from now the Shakopee real estate landscape, Shakopee schools and the commerce will be very different, but I believe improved much like where my sister lives in Maple Grove. Look at the Country Rd 42 and Hwy 113 intersection on the border of Prior Lake and Savage, or the business sectors of Woodbury and Maple Grove. These positive additions brought tons of new residents to those areas and their populations have exploded in the process.  I think it would be great if Shakopee turned the HWY 69 and 169 area into a shopping mega center and revive the movie theater. The east side of town I think could also use a grocery store with such high traffic at the local Cub Foods.

I think Shakopee has so many opportunities in the future and building another high school will only expand our possibilities. 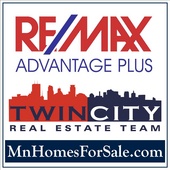