Our new Governor, Neil Abercrombie, delivered his first Hawaii State of the State address January 24.  As reported by the StarAdvertiser.com, he warned "The state is at risk of an economic collapse, called for spending cuts on public workers, welfare and health care for the poor, and new taxes on pensions, alcohol, soda and time shares to balance the budget."

"I will take full responsibility for our current situation, but with that responsibility comes an obligation to tell the truth.  The truth is that our canoe, which is our beloved Hawaii, could capsize. We are in that unnerving moment when we could all huli, when we could turn over. All of us are at risk, and all of us have to face this," he said.  His new administration will have to rely on emergency monies to get through the fiscal year ending in June.  He also projects a two-year budget deficit in excess of $700 million.

Here are highlights of the fiscal measures Abercrombie proposed, as printed by the StarAdvertiser.com:

"» Increase taxes on alcohol and explore taxing soda and similar beverages.
» Repeal the state tax deduction for state taxes.
» Treat pension income the same as other income for state tax purposes.
» End reimbursements in federal Medicare Part B for retired public workers.
» Bring impact fees on time-share properties into alignment with the hotel room tax.
» Cut back on services in the Temporary Assistance for Needy Families program and benefits in Medicaid.
» Reduce public-worker labor costs by 5 percent"

The Governor said two of his key campaign proposals, a new Department of Early Childhood and an independent Hawaii Energy Authority, would have to wait.  He will try to create a leadership position in his administration for early childhood, and welcomed proposals for a restructure of the Public Utilities Commission.

He called for all stakeholders to work together:  "The challenge before us, then, is not to balance the budget. Our challenge is to ensure that our values and priorities are reflected in the decisions we make and the actions we take.  And boy, do I mean what I'm going to say now: The time for debate - debate which merely goes through the motions, or rhetoric for the sake of a safe-harbor political agenda - has expired. Everyone must be prepared to contribute."

Real the entire synopsis on the StarAdvertiser article, and watch their video. Hawaii is not in the minority as a state with fiscal challenges, but that won't make Abercrombie's and the legislature's jobs any easier to balance the needs and priorities of all Hawaiians.

You will here this from so many states.  I think that might work to get the debt down.  This issue is really not revenue, it's spending.  If it is something they MUST do, I believe the tax increase should be temporary and the cuts should be permanent.

They (or we) need to undertand what happens when taxes go up.   For instance, I had a call this week from a (let's just say) government employee from northeast who is feeling the pinch of higher taxes and cuts in pay.  He wants to relocate.

The bottom line for me, the issue is spending and not revenue.  When it comes to government, my fear is the tax increases will stay and once again, the government will find a way to spend more than it brings in.  Regardless of how much that is. 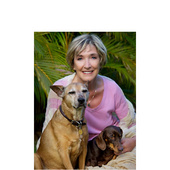