FINALLY, A WONDERFUL POSITIVE HOUSING REPORT FOR 2011 !!!  I was watching the NIGHTLY BUSINESS REPORT on PBS, a few nights ago, and Moody's Chief Economist, MARK ZANDI was interviewed. HEARING HIS NEWEST FORECAST, WAS MUSIC TO MY EARS.

ZANDI PREDICTS THE HOUSING CRASH WILL END THIS YEAR, 2011.  He is a Very Well Known and Respected Economist, who is Usually Correct with his predictions.  Zandi points to an improving job market, the affordability of housing and low interest rates.  He stated that Optimism Is Now Growing in one of our nation's largest epicenters of the Housing Boom and Bust, in Florida. He says the Sun is definitely rising again, on the Sunshine State Housing Market.  In fact, Zandi very strongly stated many opinions on how the entire Housing Bust could have been prevented, across the nation.

I am a Positive Person and I believe Zandi's Forecast is Correct. He is usually way ahead of the curve and it will be interesting to hear, as time goes by, all the remarks from other economists. The One Sure Thing Real Estate Always Does, Is CHANGE.  It always runs in Cycles, and it has been in this Current Downward Cycle for a few years.  IT IS TIME FOR THE CYCLE TO CHANGE, FOR THE BETTER.  I can see all the signs.  Also, C.A.R. just announced that Calif. home sales rose in December, posting their highest level since May. The December sales were up 5.9 percent.

POSITIVE ENERGY CREATES POSITIVE ENERGY....    These last few years have been rough for EVERYONE Involved With Real Estate. Buyers and Sellers don't know what to think, because of all the Negative News that has been coming from the media.  2011 IS NOW HERE, AND IT IS TIME TO SMILE, BE POSITIVE, AND  PUT ON A HAPPY FACE.   Happy Smiles To You,  MYRNA  :) :) :)

Economists have been wrong about the housing market from the beginning. All the predictions and optimism in the world cannot make a bowling ball jump out of the gutter and roll down the center of the lane for a strike.

The crash will only be over when the market regains the 30% to 50% of lost market value. Until then, millions of people will still owe more on their houses than the houses are worth, thereby perpetuating defaults and foreclosures.

Thanks For The Response. I agree, most economists don't really know what they are talking about, but I have seen where Zandi has been correct in many of his predictions and forecasts. I usually ignore economists, but I do listen to Zandi, because of his track record. "Time" Will Show And Tell What Happens......  As I said, the only sure thing about real estate is, It Runs In Cycles and CHANGES.      Myrna :) :) :)

How can you bundle Detroit's real estate with my market for Maryland DC area and have one prediction?

I know the entire country has a HUGE HOUSING MESS, but we must remember it never should have happened, but due to greed and corruption, it happened. When real estate suffers like this, our entire country suffers. I guess that Zandi believes that many of the people who messed things up, can, should and will work to clean this awful mess up. It has been in this cycle way too long. I'm not an economist, so I don't know what Zandi did, to come to this conclusion. But as I said, most of his forecasts and predictions have come true. Time Will Tell...... Myrna :)

Myrna, this is good news and news that won't likely make the front page.  We all know the good news get buried.  As I am asked these past few months "hows the real estate market" and I respond that it's good and that I am very busy, it is interesting to see the reaction on peoples minds as though that is the last thing they expected to hear.  Not surprisingly, with all the negative news dished up for them day after day. I too am a positive person and believe you get what you see.........think the market is bad and it will be, think that it is and it will be.

There is no denying how the market has dropped the past several years.........values down, sales down, etc. But, there are people buying and selling and we just need to be sure we are working with those clients.

Thanks For The Wonderful Response To My Blog. I don't usually pay attention to economists, but Zandi has an Outstanding Track Record and he is usually way ahead of the curve, so many times. There were many large companies and people that made BIG money from this Awful Housing Mess. I believe Zandi knows the entire inside economic picture and story, that we don't know.  He realizes there will"finally" be forces put into operation trying to end the major mess this year, in 2011. Greed and Corruption brought the market to its knees and caused the major part of our recession. I feel sorry for our Buyers and Sellers. We need to stay positive and help them be positive. Enough is enough, and I think Zandi knows the forces that brought down the market, have reached a critical point. They NOW have to work, at getting it back on track. Positive Energy creates more Positive Energy, and Zandi"s positive prediction is finally out there now, and will get things going. STAY POSITIVE TONY !!!  Smiles To You,  MYRNA  :) :) :)

Myrna, although I share your and Zandi's hope, I'm a little short on faith.  If I could wish the end of the crisis and make it happen, I would.  The economy is improving, but not at the accelerated rate that is needed to push the housing market into the success zone.  The half generation of under water homeowners who want to move up are years away from making it happen.

Frankly, two certainties of early spring predictions are the groundhog predicting a few more weeks of winter and Zandi's annual observation that we will be reaching the bottom this spring, and that the housing industry has turned the corner.  I'm not surprised by his fifth annual pronouncement, and I expect that one year he will be correct.

We are constantly reminded of renters who found themselves accidental homeowners and their tragic return to their previous status.  We have programs named to keep them in their homes, but we really only want them to stay until the market can absorb more foreclosures.  Together, the housing and finance industries need to find a way to overcome their stagnation, and pronouncements of hope from economists are not the answer.

Until we find a way for lots more owner occupants to buy non-distressed homes from owner occupants, the cycle of stagnant prices and foreclosures will continue.  There is a way to make it happen, and it is very cost effective.

When I first heard the Zandi forecast last Wed. night, it took me by shock. I thought this was a very strong forecast, with a short time span. I don't even usually watch PBS, but I do know who Zandi is, and many of his gutsy forecasts and ideas have proved accurate, in the past. Most economists and the media, just push out Gloom and Doom Opinions. The bad news creates more ratings and more worried viewers.

But, as I told Tony, I'm afraid the entire inside economic picture and story, we don't really know the true inside accurate facts.  It makes me upset that such "greed and corruption" messed up Our Real Estate to such a great extent, but it is so critical NOW, and I do believe some forces will move into action to get things back on track. After all, this mess should have never happened, but it was manipulated into happening. When real estate suffers so badly, the entire nation suffers. In fact, the entire world seems to be in a mess, now. Zandi says, the housing and finance industries are finally ready to help clean up the mess they created. The national investigational group which is looking into this matter, are now getting their reports out, explaining how and why this all happened.

Brown, who was just elected to be our CA governor, again, wants to do away with Prop. 13. That is crazy... N.A.R. will go after him, like a hive of wild mountain hornets, and educate him, to prevent "that mess." I'm positive about that !!!!! Brown has NO IDEA what N.A.R. will be doing to him, but he will find out, "shortly."

Positive Energy Creates Positive Energy Forces, and Zandi might just be the Positive Spark that now ignites the recovery forces into action. Something has to be done. Zandi knows it can be corrected. We need to give all our clients "Positive Encouragement" and stay positive ourselves, too, because this situation is fixable, and it has to be corrected and fixed. I Will Continue My Positive Thoughts. Thanks For Your Thoughtful Response. It is Greatly Appreciated !!!!!  Take Care and Stay Positive.....  Myrna  :) :) :)

Maryna - Hopefully chief economist is accurate this time. Because, the economy needs improvement. Thanks for the information. 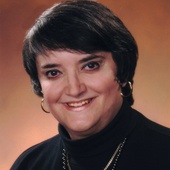