John credits his wife Rose Perrillo, the love of his life, for making the medal ceremony a realty. Rose was the one who contacted the Veterans Administration in Washington, D.C. to see what could be done to get the medals due to her husband. It may have been 62 years late, but Rose Perrillo made sure that it happened.

Show All Comments
Rosario Lewis
DDR Realty - Newburgh, NY
GRI, SRES - DDR Realty - Orange County, NY
The medals may be 62 years late, but they are important recognition for actions most of us would never dream of achieving. I wonder what caused the delay.
Like
Donna Yates
BHGRE - Metro Brokers - Blue Ridge, GA
Blue Ridge Mountains
Derrick:  What a shame that this war veteran was not appropriately and deservingly decorated all those years ago but at least the wrong was made right.  He is fortunate to have such a caring wife.  I wonder what happened that he didn't get this medals back then.
Like
Danielle V. Lewis
DDR Realty - Newburgh, NY
DDR Realty
I'm glad that he's gotten his medals...I'm sure his pride and faith in our country have been strengthened.
Like
chevron_left
Older Post
Back to Top
Newer Post
chevron_right
Rainmaker
120,470 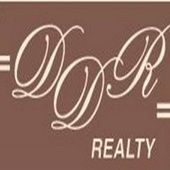 I do hope you enjoy the shared information and experiences.