How many problems can you have with the pipes under your house?  This month alone we had three problems, at three different properties, and for three entirely different reasons.

Our neighborhood was recently hit with a major storm.   It starts just as we all leave the office to head home one evening.  It is pouring and there is thunder and lightening everywhere.  Soon enough a call comes in to our emergency line that the lightening has hit an exposed plumbing pipe at one of our occupied rentals and the pipe has exploded.  I could see the geyser in the air as I drove toward the property.   The police are already there and the tenants had just finished turning off the water at the main shut off valve.  Just as I stepped out of my car in the pouring rain, the lightening flashed across the sky.   I immediately retreated back to my car while shouting at the tenant to go to a hotel since they had no water and no electricity.   It was expensive, but it was the right thing to do.

A few days later, we receive a call that both toilets in a duplex are backing up.  The plumber crawls under the house and dismantles the pipes to clear the clog.   Our plumbing contractors are required to notify us of the cause of the clog in order for us to bill the appropriate party.   The clog is in the mainline that serves two occupied units so we need to do more investigating to see which side it came from.   The plumber goes on to explain that there was a plastic bag like the type you put vegetables in from the store.   No help there.  That could have come from either side.    The other item is a red condom.   Yes, a red condom.   I promptly decide that this particular investigation is now over.   The tenants are reminded not to throw foreign objects in the toilet.  The owner will have to pay the bill.

We have a vacant house that we have been showing to prospective tenants.  I stop by to check on it and make sure it is clean and ready for the next showing.   It needs a little touch-up here and there so I grab a napkin and decide to wipe down the kitchen counters.   But there is no water.   I don't understand.  There was water a few days ago.  No one had any reason to turn it off.  We call the City to see what has happened to our service.  They are perplexed as well and dispatch a truck to the property.  Soon enough they call to inform us that we have no water because someone has crawled under the house and stolen all of the copper pipes.   How desperate do you have to be to crawl under a house and steal pipes?

It promises to be another fascinating year beginning with exploding, clogged, and completely missing plumbing pipes.

It sounds like there is never a dull moment in the rental business.

You got that right! 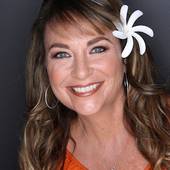