I am re-blogging a post I read today from Tim Maitski of Atlanta Georgia.Tim's post today is something every homeowner in America needs to read.

I've been following Neil Garfield, he writes Living Lie's Weblog and his post Inside Scoop on the Financial Crisis Inquiry Commission  is another good read.

Forget about troubled homeowners trying to stop the foreclosure with a "show me the note" defense.  It's kind of a David vs. Goliath battle.  That's kind of small potatoes compared to what's shaping up to be massive lawsuits between  two Goliaths: banks vs.  large investment houses.

It looks like it is likely that we'll be seeing investors of MBS(mortgage backed securities) ie. pension funds and insurance companies,  go after the banks who put together the securities.

It's looking a lot like securities fraud.  Banks knew the mortgages in these securities were flawed but they got the rating agencies to give them high ratings so they could sell them as if they were a lot less risky than they really were.  When you sell securities, you have to disclose things that you know are material. It's kind of like seller's property disclosures.

The banks actually hired a company to evaluate the quality of the mortgages but never told the investors that they had found that many of them wrere "toxic".  They told them that they had done a quality test on them but failed to indicate what kind of results were found.  With the rating agencies giving them high marks, it was assumed that they were of high quality.

...the risk to investment banks isn't only one of dodgy paperwork; there's also a serious risk of massive lawsuits from the SEC or other prosecutors, as well as suits from individual mortgage investors.

The key firm here is Clayton Holdings, a company which was hired by various investment banks - Goldman Sachs, Bear Stearns, Citigroup, Merrill Lynch, Lehman Brothers, Morgan Stanley, Deutsche Bank, everyone - to taste-test the mortgage pools they were buying from originators...

In any case, it's clear that the banks had price-sensitive information on the quality of the loan pool which they failed to pass on to investors in that pool. That's a lie of omission, and if I was one of the investors in one of these pools, I'd be inclined to sue for my money back. Prosecutors, too, are reportedly looking at these deals, and I can't imagine they'll like what they find.

The bank I talked to didn't even attempt to excuse its behavior. It just said that Clayton's taste-testing was being done by the bank - the buyer of the loan portfolio - rather than being done on behalf of bond investors. Well, yes. That's the whole problem. The bank was essentially trading on inside information about the loan pool: buying it low (negotiating for a discount from the originator) and then selling it high to people who didn't have that crucial information.

Here's a good video where they explain what went on.

I've done other posts on MERS, and the problems associated with the way the mortgage securitization process is set up.

More Than You Ever Wanted to Know About MERS

The MERS Problem. RICO Lawsuit Spells Out the Details.

Janet Tavakoli: This is the biggest fraud in the history of the capital markets

Jon Stewart Covers the Foreclosure Problems with the Fine Print

What to Do About the Mess that MERS Created

Diana Olick: Anyone who says that the banks will fix all this in a few months is seriously delusional

JP Morgan Posts a $4.4 Billion Profit in Third Quarter. Why Can't They Afford to Take Care of the Paperwork?

Make Sure the Bank Didn't Lose Your Mortgage. Where's the Note?

Citi Confernce Call: Best Case Scenario Is That Foreclosures Delayed for at Least a Year

It sounds like the days when we had about 50 different type of loans out there.  You would think that after having the banks bail them out, and then turning around and buying back their loans, and once again screwing up that they would learn. 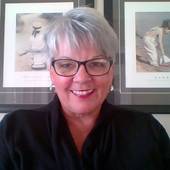