Exactly, Mr. Seider... the lenders are just taking the lst bit of money they can from gullible homeowners right before taking their homes!

The trial modification is just another bank tactic to grab money - The banks were faced with upside down homes and non-paying homeowners, so they did what they had always been doing - whatever it took to keep their profits going - they promised to help homeowners if Uncle Sam would give them money, and they GOT BILLIONS in bailout money from taxpayers... they then gave the homeowners trial modifications to make it seem as though they were keeping their promises, and in so doing they continued to GET BILLIONS in bailout money PLUS MORE MONEY from the homeowners who otherwise would never have paid another dime to the banks... then when the time was right to foreclose - meaning the inventory was controlled and the borrower was out of any spare cash, sell the home through foreclosure and GET ANOTHER BIG PAYMENT... then if there was any kind of insurance against foreclosure, collect MORE MONEY on that policy.

This scam should not go without recourse. In California, there are laws in place to address such breaches of promise... and many law firms, mine included, take people who have fallen prey to the TRIAL MODIFICATION SCAM and make them into plaintiffs against their lenders. By joining plaintiffs with similar patterns of lender abuse together, these homeowners are able to afford aggressive litigation against the big banks. Visit dub dub dub dot fransenandmolinaro dot com for more information about my firm. If you are in another state, there are likely lawyers there who can help you.

** Any posts or comments I make on Internet are for informational purposes only. None of the information or materials I post are legal advice. Nothing I post as comments, answers, or other communications should be taken as legal advice for any individual case or situation. This information is not intended to create, and receipt or viewing of this information does not constitute, an attorney-client relationship. While I try to be accurate, I do not guarantee accuracy. 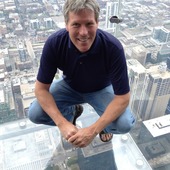 ActiveRain Community over 7 years ago
bookmark_borderbookmark
Wonderful recognition…. of those that protect us.
View more Recent Posts   arrow_forwards

The Sierra's are a magical place to live, play and retire. This Area offers so much to those who either live here or visit. My blog hopefully gives a glimpse at the area and what it has to offer those who choose to visit or call the Sierra's their home.