The Pearl may have First Thursday with its galleries and artists, and lots of fun!  But just as much fun and gallery hopping can be had east of the river on the First Friday of each month. There are several well established galleries and a number of studios and venues that feature emerging and innovative artists. Galleries in Sellwood, Brooklyn, Clinton, Laurelhurst, Irvington and Kerns are open.

A complete list of the participating galleries can be found on the First Friday Gallery Guide website.  You'll also be able to discover which galleries are offering live entertainment and where the artists receptions are being held.

Additional information, fun facts and information about the artists, the galleries and varying points of view at the First Friday Blog.

Most galleries are open 6 til 9pm - but you will want to check before you head out.

Hi Alexsandra~I love Portland and art. I took a series of classes at PSU and stayed in the Pearl district. Lots of energy.

Adrian -- The Pearl does have it's own energy.  Hope you do check out some of the other galleries too though. 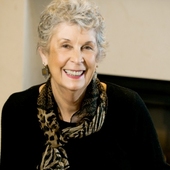