Two strange things happened in the wintertime when I was a kid growing up in Michigan. It snowed, occasionally really heavy, and it was often really cold.

And this wasn't major news, it was just an inconvenience. Of course, since Sunday, the upcoming snow storm has received more press here in Michigan than the crisis in Egypt or the upcoming Super Bowl.

And while I am not a fan of the expected fifteen-inch snow, it doesn't seem like it is the end-of-the-world big deal the news programs are making it... especially since it is the first really big snow of the season here in Michigan, and because it is February and the season is drawing to a close.

Take a look at the East Coast... hit with so much snow it will be May until it all melts. We have nothing to complain about.

There has to be other news out there when the all the local news channels show a lot of weather clips.

Hey we are getting it up here too later today and it will really hit tomorrow. Get your errands done and stock up.

Jason....my husband said it has been the only topic on the news!  He said in his area although they should be getting a foot or more of snow...that itis the wind and drifting that will be the real problem!
Be safe and stay warm!!!

Jason... snow in the NE is where snow belongs; before I cam back down here to read the great blogs of others in the Rain, I did notice that some white stuff seems to be showing up around here.  No worries, we went grocery shopping yesterday [along with at least half of the county] so we are set.  Have snow-blower, shovels, boots, gloves & scarves.  We ARE ready.  Don't think the snow will give me a cold--no room left for another bout. LOL

You, who must be on the roads tomorrow & perhaps Thursday--STAY safe, take blankets, water, food and extra socks & gloves in your back seats.
Have a good rest of the week.

Hi Jason, I'm from Toledo and since moving to SW Florida at least once every winter, I find myself calling my family to make sure everyone is ok. My family's response is the usual "we fine". You'd think by watching the news, it was the first snowstorm ever. jay  ps: I do miss snow skiing at Boyne.... oh, and ice fishing! ...and perch fishing in the late summer. :)

Hi Jason, I grew up in Marquette, nine months of winter and three months of poor sledding.  Spring can't come soon enough for a lot of the US this year.

if it snowed 15 inches here it would be all that was on TV... last month when we got about 6 inches, there were hardly any programs on at all, the news at special reports for hours at a time.. good grief,, it is just weather people!! Have fun in the snow.... I hope we are done with the snow this year!!

This week has been Super Bowl Week and Ice/Snow storm...not a very good mix!  We don't have snow blowers, snow plows or any other such helpful equipment.  I hear we are about to get at least one more wave of the white stuff next week....yikes!

Jason, WV did not get the snow storm and it was a big relief...enjoy the Super Bowl!

I think we had the mildest winter I can ever remember. We had the huge rain storm in mid-December that flooded everything but that was it, although it did get down to 43°F this morning….

Just stopping by today to invite you to the 2nd Annual ActiveRain Super Bowl Party. Hope you’ll come and bring some friends!

We ended up with mostly ice...  It was terrible.  I would have taken the predicted snow instead.

We've been blessed with milder temps in Southeastern PA for the last week and we are even supposed to hit 50F this weekend.  The grass is starting to show.  Woo hoo!  I am ready for spring.

o my goodness hahaha I thought that was for this week, I was like not again! hahaa

Jason, it is amazing how "snow" has become the new "eek!" Hang in there! 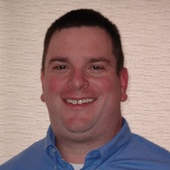