I was listening to a local radio show the other day.  It was one of those shows where everybody calls in to complain.  The host pulled a fast one and instructed everyone that before they could call in with a negative comment, they had to call in with a positive one.

I think the topic was the economy so of course the phones went dead for like an hour and I stopped listening...

I kid- I kid.  It actually was about our modern world in 2011 and turned into a fascinating exercise.  I was amazed at how easily I could formulate my complaints, and how long it took me to come up with positive things, and I consider myself a positive person!

So here is what I came up with- positives first.

+Positive:  I think our country is a cleaner place- less trash around.  Less pollution.  I mean, remember the Indian? ...

And the Indian who cried as he stood tall and proud upon his butte because his land was so littered and there were no more totanka?  It was bad.  Sad too.

I remember how much trash there was on the side of the highway from the suburbs into Chicago.  People just threw their trash out the window.  The ubiquitous Styrofoam McDonald's American Cheese colored Quarter Pounder box was everywhere (I still like Quarter Pounders though.  Their "imprint" marketing technique worked on me.  You think they would make me think of garbage but they just make me think of American Cheese).

I remember my brothers taking the oil from an oil change and just dumping it back behind the shed!  I think we had a well!  That actually explains a lot.  My brothers would probably tell me that's not true. I swear I remember that.  But they are still bigger than me, so... maybe I don't remember that.  No form 17's back then.  Lake Erie caught on fire for crying out loud!

I do not think our environment is nearly as dirty, and I think people care more. There is more consciousness about the results and consequences of our actions.  I am not a tree hugger by any means, but I love my family and I love the Puget Sound and I want them both to be around and healthy for a long, long time. -Negative:  Healthcare.  Oh Snap!  Did I really say that?  Man...Right out of the gate! Actually it is such a hot topic and I am not putting forth a political viewpoint- just a selfish one.  I am a father of two small children with a stay at home wife and another one in the assembly line.  Child, that is. Not wife. Our premiums went up so high that we now get less coverage for a heck of a lot more money.  I know this may be a short sighted and selfish perspective.  It's just that is just a bummer for my family. So what do you think?  What are your positives and negatives?  (positives first!)  I would really like to know? 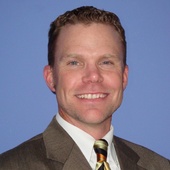