A California appeals court ruled that a former homeowner's lawsuit against U.S. Bank (USB: 27.66 +2.44%) for fraud may continue after the bank allegedly reneged on a promise to negotiate a mortgage modification, opening the door for claims from potentially thousands of similarly situated troubled borrowers in the Golden State.

While the court ruled that a case for fraud-which includes claims for damages-could proceed, it also ruled that the homeowner, Claudia Jacqueline Aceves, lacked sufficient cause to get her home back after the foreclosure sale.

What could become a landmark foreclosure ruling appears to be both a win and a loss, for mortgage servicers and foreclosure defense attorneys alike. Mortgage servicers prevailed on issues of alleged defects in the foreclosure process, with the court ruling that none of the Aceves allegations of irregularities "would permit the trial court to void the deed of sale or otherwise invalidate the foreclosure." Aceves had claimed, for example, that the notice of default was defective and therefore void, a claim the court rejected outright. "Absent prejudice, the error does not warrant relief," according to the ruling.

The court spent most of  its 15-page ruling, however, discussing how U.S. Bank had purportedly promised to negotiate a potential loan modification if the homeowner agreed to allow the bank to lift a bankruptcy stay, which had protected the home from seizure. Yet, when the homeowner agreed and attempted to begin negotiation on a loan modification, the bank allegedly opted to foreclose without negotiating.

For homeowners, the case affirms their ability to go after banks and mortgage lenders for monetary damages when lenders promise to negotiate mortgage modifications but fail to do so in good faith.

"We conclude plaintiff could have reasonably relied on the bank's promise to work on a loan reinstatement and modification if she did not seek relief under Ch. 13; the promise was sufficiently concrete to be enforceable; and plaintiff's decision to forgo Ch. 13 relief was detrimental because it allowed the bank to foreclose on the property," according to the ruling, filed Jan. 27, in the Court of Appeal of the State of California's second appellate district.

In April 2006, Aceves took out a 30-year, $845,000 loan at a rate of 6.35% with original payments about $4,860 per month. After two years, the rate became adjustable. In January 2008, Aceves could no longer make her payments, and a notice of default was filed in March of that year. Shortly thereafter, Aceves filed for Chapter 7 bankruptcy protection, which automatically stops foreclosure proceedings.

Aceves contacted U.S. Bank, which told her it "would work with her on a mortgage reinstatement and loan modification" as soon as the loan was out of  bankruptcy, according to the ruling. Aceves said her intention was to convert the Chapter 7 case to Chapter 13, which allows a homeowner in default to reinstate original loan payments, pay the arrears over time and avoid foreclosure. U.S. Bank, meanwhile, filed a motion to lift the bankruptcy stay.

In November 2008, Aceves' bankruptcy attorney received a letter from the attorney for the loan's servicer, American Home Mortgage Servicing. The letter asked for an agreement in writing to allow American Home to contact Aceves to "explore loss mitigation possibilities." When Aceves contacted the servicer, she was told American Home would not speak to her before the motion to lift the bankruptcy stay was granted. Aceves decided not to pursue Chapter 13 bankruptcy protection based on U.S. Bank's promise to reinstate and modify the loan, according to the appellate court.

On Dec. 4, 2008, the bankruptcy stay was lifted. Five days later, without contacting Aceves, U.S. Bank scheduled the home for a Jan. 9, 2009, foreclosure sale. Aceves sent documents to American Home on Dec. 10 and was told on Dec. 23 that a negotiator would contact her on or before Jan. 13 (four days after the scheduled auction.). On Dec. 29, a negotiator called and said to forget about the foreclosure because the "file" had been "discharged" in bankruptcy. On Jan. 2, the negotiator called again and said American Home was incorrect and that it would reconsider.

On Jan. 8, the day before the scheduled sale, the negotiator said the loan's new balance was $965,926, the new monthly payments would be $7,200 and a $6,500 deposit was due immediately. The negotiator refused to put the terms in writing, according to the appellate court's finding. Aceves did not accept the offer, and the house was subsequently sold back to U.S. Bank the next day.

"U.S. Bank never intended to work with Aceves to reinstate and modify the loan," the latest ruling said. "The bank so promised only to convince Aceves to forgo further bankruptcy proceedings, thereby permitting the bank to lift the automatic stay and foreclose on the property."

During an original lower court case, U.S. Bank had prevailed with the court, which ruled there was no promissory fraud involved. Aceves filed the appeal spanning issues of standing as well as reiterating a claim for promissory fraud, on which the appellate court based its ruling.

For its part, U.S. Bank alleged that Aceves' bankruptcy case was filed in "bad faith."

Bank Fraud is a very serious issue in California today and this case will set an example of many cases to come!

December 30, 2010  (In the event that you do agree to this request, please let me know exactly what you mean by an "amortization schedule".)
January 4, 2011  (An amortization schedule is not information the Bank is required to provide you.)
January 10, 2011 "If there happen to be any mistakes by Pacific Capital Bank - I have no knowledge of any mistakes, so this is hypothetical from my point of view - those could be addressed in any cure of the payment defaults."
January 25, 2011  "With regard to your request for an amortization schedule, an amortization schedule is necessarily based upon assumptions, such as a static interest rate, and assumes strict performance by the borrower as required by the terms of the loan.  In the case of your loan, the significant defaults and the agreements that have been made not only make any previously-issued amortization not relevant to the loan's current status, but they preclude a current amortization, since the defaults are continuing, additional charges are being incurred, and the time to maturity is decreasing, among other things.  Should the loan be put in a performing status, we could address amortization schedule issues at that time."

January 25, 2011 "With regard to the questions you have been propounding which you chose to resolve through complaint to the OCC, this email will advise you that Pacific Capital Bank has responded to the OCC within their prescribed timeframes, and we assume they will follow up with you based upon that response.  Any issues you have with the Bank's response to the OCC, or with the OCC's response, should be taken up with the OCC."

February 2, 2011 "Pacific Capital Bank is no longer lending under the SBA program.  As a result, a refinance from Pacific Capital is not something that could be done, although another lender might be in a position to make the proposed loan."

May 12, 2008  "The requests you have made, and the delinquencies in the documentation, have resulted in the Bank incurring additional attorney's fees.  As a result, you are requested to forward to Pacific Capital Bank, c/o Ms. Sheffield, a check in the amount of $750.00 to cover anticipated attorney's fees incurred in responding to the requests for information.  Of course, this amount is only an estimate, and if the fees exceed the amount received, an additional deposit will be required. Please forward the deposit as soon as possible so that the Bank can begin work on the research you have requested."

Pay close attention to this statement by Pacific Capital Bank!  "(In the event that you do agree to this request, please let me know exactly what you mean by an "amortization schedule".)"

From: George C. Lazar [mailto:GLazar@foxjohns.com]
Sent: Thursday, December 30, 2010 6:31 AM
To: Pismobeachdiveshop@charter.net
Subject: Your call of yesterday

This email is to confirm our discussion of yesterday.

Second, you asked for an amortization schedule.  As I indicated in my email of last week, I will provide information on your agreement that you will communicate only with me, rather than sending emails to a number of persons at Pacific Capital Bank.  As you have not made that agreement, I do not feel that any further response is necessary.  I believe that the request that you communicate with me is reasonable and necessary, and we will insist on that condition.  (In the event that you do agree to this request, please let me know exactly what you mean by an "amortization schedule".)

Finally, as I indicated last week in an email message, I am out of the office.  I will be checking emails in the event of an emergency.  Otherwise, I will be back in the office on Monday, the 3rd, in the event there is anything further.

THIS EMAIL IS INTENDED FOR THE DESIGNATED RECIPIENT(S) ONLY AND MAY CONTAIN CONFIDENTIAL MATERIAL, INCLUDING ATTORNEY-CLIENT COMMUNICATIONS. IF YOU RECEIVE THIS EMAIL IN ERROR, PLEASE NOTIFY ME BY RETURN EMAIL AND DELETE THIS EMAIL TOGETHER WITH ANY ATTACHMENTS. 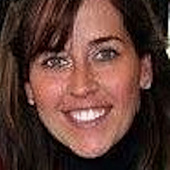