In December 2010, the U.S. Census Bureau released the first results from the 2010 census. It showed there are 308.74 million Americans, an increase of 27 million or 9.7 percent since 2000. Nearly 80 percent of the population growth was among minority families, with Hispanics registering the biggest gains.
Most of the population growth is in the South and West. The 10 fastest-growing states had average population gains of 21 percent. The states were:
1. Nevada
2. Arizona
3. Utah
4. Idaho
5. Texas
6. North Carolina
7. Georgia
8. Florida
9. Colorado
10. South Carolina
States with slower growth included Ohio, New York, and Illinois. Michigan was the only state that actually lost population.
Source: The Wall Street Journal and Time, Stephen Gandel

Interesting, Georgia does have so much to offer and it is just that much closer to New England than Florida for the snow birds here making the trip by car!

Lots of snow for those snow birds today! 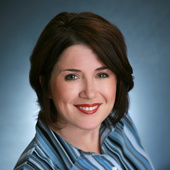