According to Punxsutawney Phil, Spring is on the way. He apparently did not see his shadow today and left his burrow!

According to folklore, if it is cloudy when a groundhog emerges from its burrow on this day, it will leave the burrow, signifying that winter will soon end. If it is sunny, the groundhog will supposedly see its shadow and retreat back into its burrow, and winter will continue for six more weeks.

According to Wikipedia "Modern customs of the holiday involve celebrations where early morning festivals are held to watch the groundhog emerging from its burrow. In southeastern Pennsylvania, Groundhog Lodges (Grundsow Lodges) celebrate the holiday with fersommlinge, social events in which food is served, speeches are made, and one or more g'spiel (plays or skits) are performed for entertainment. The Pennsylvania German dialect is the only language spoken at the event, and those who speak English pay a penalty, usually in the form of a nickel, dime or quarter, per word spoken, put into a bowl in the center of the table.

Yippie for those in the midwest and east coast, spring will soon be here :-)

I love Ground Hog Day. Our village always celebrated with a walk through the village knocking on doors to invite people to come out to the local pub to socialize.  What a great concept, get people  out of their homes in the middle of winter to be part of the goings on. Love the movie too! 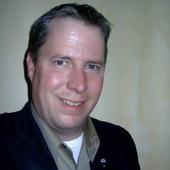