One hundred and three years ago some upstanding citizens of a small town in Lancaster county Pennsylvania, declared to the world that their groundhog had seen his shadow.  Thereby predicting that there would be six more weeks of winter.

Since then the members of Quarryville's Slumbering Groundhog Lodge have faithfully gathered every year to observe Orphie and his extended family then give their reports to the Hibernating governor.  The current hibernating governor is Rick Rankin who is also the CEO of one of Lancaster County's largest and most respected insurance agencies.

According to folklore, if the groundhog emerges from his burrow and sees his shadow, he will retreat underground and there will be "six more weeks of winter".  If the groundhog does not see his shadow "spring will be right around the corner".  The fun continues as the lodge members read how the media twists and adds to the prognostication.  This morning Governor Rankin announced that there would be six more weeks of winter.  The announcement was made from atop the Pinnacle of Prognostication which was made from an old manure spreader.

Although other groundhogs, like the publicity seeking Punxsutawney Phil, claim to represent the groundhogs of the world, OCTORARO ORPHIE is the accepted and true representive of his breed.  Quarryville Pa is proud to be able to state with certainty that Orphie has NEVER been wrong in his one hundred and three year history and is the only animal to have a day on the calendar named in his honor. Jack said I had to see this ! Great localism post that will surely be favored by the rain gods !!!!!!!!!

Wanted to quick get my vote in before this goes FEATURED !!! Great job !

Great post, Mark.  Clouds or shine, we always seem to get six more weeks of winter at this time of year!

My Mom taught elementary school in Quarryville for years in the 1960's. We lived iin Kirkwood, on the other side of Black Rock. Go Solanco!

Mark, I think there is a conflict here. I heard on the news yesterday that Punxsutawney Phil didn't see his shadow and that Spring was right around the corner. Who do you believe? lol

Hi Mark -- Learn something new every day, I didn't know about this alternate universe.

The real question here is: Is Orphie a Steelers fan? If he is, I don't think I can believe him. Go Packers.

Mark, thanks for posting this timely story about Groundhog Day! I had never heard of Orphie until I read this post. :)

The squads saw a momentary flash of light exactly when Orphie was out of his hole.  The clouds parted for only a few seconds.

My Dad is the one with the BLACK top hat on!!!!!!!  Sorry for the confusion

Yes, Now I can almost guarantee that winter will be over by about the 20th of March.

The groundhog lodge is right over the hill from Black Rock Retreat.

Just so we are clear, on the back of all the urinals in our men's room, the words "Punxsutawney Phil" are spelled out.   Orphie is supreme!!

Orphie actually was an Eagles fan---that is------ until they hired Michael Vick.

What a cute photo. I actually heard this concept mentioned on the Verizon weather report the other day!

I lived in Quarryville after my junior year at Millersville College - now Millersville University...loved the area.  Whatever "P. Phil." says is the way it is.  He hasn't predicted an early spring for a long time - however, if he is correct, everyone will truely love him as the snow fall in the north this year reminds me of the snow fall every Wednesday in 1992 - 1993.  Now I live in SE, FL...enough already!

Great picture Gerry and thanks for sharing all about this special day in Quarryville.

In 1999, when I was expecting with my daughter I was asked which day to schedule the surgery.  I   could choose between February 2 or 5th.   A no brainer to chose the 5th because I knew most of the family would be at the Groundhog Lodge for the festivities on Groundhog day (her grandfather is a member) and would be late to the arrival of their granddaughter.   All went well for both celebrations :)  Come on Spring ~~ Go STEELERS!

I wish one year he would be wrong and Spring would come just a little earlier!!

in tennessee ( where im from) we dontcare about ground hog day!!!!!!!

Great article Jerry! If memory serves me I think the photo is a couple years old. I think I saw it before. Either that or you're using Grecian Formula in your beard now. :) Are you still active in the lodge? Take care.

How can i get info about the groundhog event in Quarryville?  I would like to take my kids here--- is it for children--educational?  I've only lived in this county for 5 yrs.

WOULD have been a good article if it told you where the event is held.

Mark, you have been *FEATURED* in today's Tuesday Travelogue and thank you for your PA localism post! 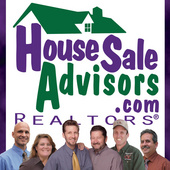