As you may have noticed, Brazos Street in downtown Austin is a jumble.  Construction has been going on for over a year but this project is going to be worth it.  Not only will it widen sidewalks, add parking, possibly make it a two-way road, but  something called Street Orchestra will be implemented.

"The STREET ORCHESTRA (working title) is composed of two elements, recording devices and listening stations (three total, with final locations to be determined). The listening stations will involve seating, landscaping, and a shade canopy, creating inviting environments for pedestrians to slow down and experience the audio created by the system. The sound will be a complex layering of audio produced in two main ways. Most sounds will be the captured by an array of microphones positioned along Brazos, while another layer of sound will be taken from patterns in the Austin downtown  traffic. This element will be created by using infrared beams directed at different lanes in the roadway, each lane will be assigned a note, and that particular note will sound when a car passes in that lane. All audio elements will be mixed and potentially tweaked digitally through a central computer terminal that will then broadcast the finished signal to the listening stations."

Is that not awesome?!  Seriously.  I can't wait to experience this!  I absolutely love Austin!! Well done Sodalitas

Groups:
WordPress Blog
All Thing's Texas
Austin Metro Area
Out Of The Box!
The Art Of Marketing You 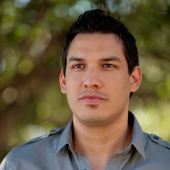 You’re looking for a house, not a new best friend. You just want to get the best possible price, work with someone that knows what they’re talking about, and hopefully you can get along with him or her. You want to invest wisely and do what is best for your future, not add another “friend” to your Facebook list.