Fountains on Ocean Boulevard one of the Fort Lauderdale Real Estate markets few new condo minimum building has announced they will be conducting an auction in approximately 30 days of the remaining 20 units for sale.

Eric Miller and Associates were the second sale team at this Fort Lauderdale Condominium and to date the most successful in bringing the developer to where they are today. As of June 1st 2010, Eric Miller and Associates were no longer connected to the property but have always remained available to answer questions of potential buyers and have become the resale agents for the best two bedrooms available in the building.

Fountains on Ocean Boulevard is a luxury 7 story building, consisting of two towers totaling 61 units built around the concept of privacy and personal luxury. The building contains no center lobby and four elevator service separate elevator cores of just 15 to 16 units each. A roof top pool, health club and two sun decks, make the Fountains a great place to call home.

Sale prices of two bedroom units have ranged from the low $300,000's to the upper $400,000's depending on square footage, and view, after price adjustments which were taken in 2010.  The best view in a two bedroom unit is currently listed for $449,000 and is a resale listed by Eric Miller and Associates.

As per the letters received by owners the other day the auctions "opening bid" is just $125,000, however it is just that an open bid, and I for one will tell you today I may just be the bidder who delivers that bid even though I expect it to be very unlikely that a) a unit is sold for that price and b) there won't be 50 other people ready to deliver that same bid. Remember it's just an opening bid.

If you are looking for a potential great deal in the Fort Lauderdale Real Estate market the up coming auction at the Fountain on Ocean Blvd. may be the just the opportunity you have been waiting for. Expect units to sell at a nice discount from original asking prices, and to be a great value. Don't expect prices that 100 other buyers would be willing to jump at, simply that's what an auction is all about, getting to real market value.

Eric Miller and Associates is no longer connected with the developer and as one of the top real estate teams in Broward County is your perfect choice to represent you at the Fountains on Ocean Blvd. auction. If you are interested in purchasing at the auction call Eric Miller to discuss your plans first and hire him as your buyer's agent, there is no fee to you. Having someone on your team who knows the property, and knows the Fort Lauderdale Condo market is the best way to assure you make a great deal. Eric's references can be found at Eric Miller and Associates Testimonial Page, and we are here to join you as you tour the property. 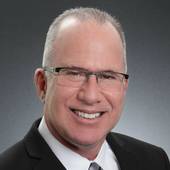