I have been reading all of the articles on what caused the housing crisis.  Everyone involved in this business bares a little responsibility.

The Democrats wanted everyone to live the American dream.  The Republicans looked away; even though they say they knew there were problems.  However they did nothing to stop the train wreck.

Greenspan was confident that the Banking Industry would show restraint and regulate themselves.  He didn't now the fox was guarding the hen house.

Wall street wanted sub-prime loans.  They even bet that these loans would fail! FannieMae and FreddieMac started taking A- paper loans and created no income, no asset loans.

We as loan originators were told to make these A- (EA-extended approval loans)  We were also told to sell the no income no asset loans.

The regulators have been blamed by commissions and other entities who were charged to investigate what went wrong.  However, the taxpayers are the ones to pay the cost.

Now the government is trying to decide what to do with FannieMae and FreddieMac.  Their original creation was to keep a steady stream of money available for housing. There were strict guidelines for borrowers. As a loan officer, my job was to adhere to the rules.  For decades FannieMae and Freddie Mac did their job well.

The question remains; how to keep money available to stabilize housing? The powers that be have postponed the decision until the end of February.  There has got to be a way to keep FannieMae and FreddieMac.  The government will have to insure them in some sort of way. The private sector would surely raise down payments and rates.  This will make it very hard for average borrowers to afford a home.

Like it or not, the government will have to subsidize housing in some shape or form. We must bring back common sense in lending.  We must save housing.

Have you seen the movie "Inside Job"?  It's a history of how we got to where we are now.  sobering to say the least--of don't go see it--it will make you sick.

Tara: And borrowers are also responsible for taking loans they could not pay.

I agree with you about our housing. For so many years it has been a source of wealth for families, stability for communities, and the dream of Americans. We really do need to restore the wisdom and sanity of our lending and home buying--including downpayments and strong credit scores!

Government always subsidizes in some way.  The mortgage interest deduction is a great example. 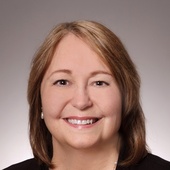 almost 11 years ago
bookmark_borderbookmark
Rates are up slightly for this week, 2/8/2011
View more Recent Posts   arrow_forwards