This is the beginning of a series of blogs on whether to purchase resale property or new construction. Today, I'm going to discuss the cons of purchasing new construction in a housing development.

1. You get what you pay for

A developer is a businessman and an investor, he/she risks upfront money on the assumption that he will profit from the risk. As in investing, the higher the risk, the higher the reward, building a housing development is a huge risk so a builder is looking for huge rewards. Developers make money by dealing in volume and by reducing the cost of each unit. If I were building one house, the difference between .19 outlet covers and .69 cent outlet covers wouldn't be that much. Multiply that by 100, that's a pretty big savings about $20 per house or $2,000 over the price of a development, and an outlet cover is the cheapest item in the house. How much do you think he can save on paint, carpet, electrical and plumbing fixtures? Suffice it to say you are not going to get premium finishes, sometimes you're not even getting good finishes.

2. A false sense of security

Buyers often tell me that the house is new so there's no reason for a building inspection, besides if something is broken the builder offers a warranty right? I don't want to scare you overmuch but go do a quick search on builder's warranties on the web or new construction tales, or just watch a random episode of Holmes on Homes, suffice it to say that by the time you're settled into your new home the builder has moved on to other projects and its hard to get them back. I'm not saying that developers are bad people, I'm saying that they are driven by a profit motive, and nothing kills profit faster than holding time. There's an old saying what do you want, good, fast or cheap? Pick two. By definition a developer is going for fast and cheap. This leaves quality at the door, and when quality is missing problems will crop up.

Developers make their money by maximizing the number of houses in their subdivision. Buyers often make purchasing decisions based on price per square foot so a developer will put just as much house as he can on the smallest piece of land allowable. This might not seem like much of a problem when the house is new, landscaping hasn't grown up and all the lots are fenced. But trust me, put a fence and a couple of trees plus a house on a tenth of an acre and pretty soon you don't have room to swing a cat, let alone have a place for a dog and a couple of kids to run around. Lot size matters, as the saying goes "buy land, they're not making any more of it." Before land prices got to be so expensive it was common for subdivisions to be platted with between a quarter and half an acre, that's between 2 1/2 and 5 times more land than many of the new subdivisions. Even that much more land gives you a lot more flexibility as to what to do with your space.

I've given you some things to think about. Next time I'll talk about the pros of new construction. I look forward to seeing you back here for part 2.

THIS IS GOOD INFORMATION WHEN CONSIDERING EITHER/OR. tHANKS FOR POSTING

Wow, could use a few line returns in there, but good points.

When I talk to buyers, I tell them that the best deals are generally short sales, followed by foreclosures, resales and worst deals are new homes.

You are paying for the "privilege" to be the first one in and have that new carpet smell.  If you think that is worth 5-10%, go for it.  If you don't plan on staying at least 5 years, no way.

Ed I think I fixed the problem.  I was playing with scribefire and it got screwed up. That's what I get for not reading the instructions all the way through before I tried to make it work.

If anyone else reads this can you let me know if my spacing came back, it looks good on my end but what do I know?

Good topic to discuss, challenges on both sides.

These are all very good points Tamara. It's funny how buyers have such a false sense of cofidence in the builder sometimes. Get your inspections!

Tamara, I think I'm going to like this series.  You are an impressive writer my dear.  What you have to say comes out loud and clear.  Keep up the good work.  :) 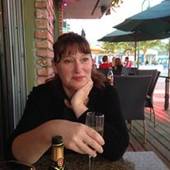