What began as a simple train stop between Los Angeles to Yuma, the city of Indio becomes an economic and agriculture center of The Coachella Valley. The history of the east Coachella Valley can be relived through artifacts and exhibits at The Coachella Valley Museum and Cultural Center. Housed in a former dentistry office on Miles avenue on the fringe of downtown Indio, the museum is open Thursday through Sunday.

The old dentistry office and residence now houses artifacts and photographs of early 1900 century living in Indio and Coachella as well as artifacts from the Native American cultures that inhabit the area as well. The agricultural and educational historical timelines are represented plus there are items from early fire and police departments. On room also shows off an extensive collection of area Girl Scout memorabilia.

The grounds to the museum though also encompass The Indio School House from 1909. It is the actual structure from that time and although it was Indio's third school, it was only the second building. Indio's first school was a tent. The schoolhouse has been completely restored and the interior has been furnished just as it would have been in the early 1900's. It's a very detailed exhibit and patrons may leisurely stroll through the classroom for a hands on history lesson.

The building next door is The Date Museum which just opened in 2010. This exhibit chronicles the introduction of the date to the area and how the area became a major force in date production. Early growing techniques, harvesting techniques and accompanying festivals are outlined in display cases.

Admission is a $5 donation and there is quite a lot to see. The water tower from The Whittier Ranch is also part of the museum grounds as is a "Submarine House" which was a structure used in the early 1900's to cool off. It's very early evaporative cooler technology.

The Coachella Valley Museum and Cultural Center is definitely not a place to just drop by. You will want to plan time to thoroughly explore all the structures and view the numerous exhibits. There is a park next door so you might even plan a picnic.

Groups:
Dedicated Bloggers
Diary of a Realtor
Everything California

Terrific localism post. M. and I need a road trip away from this nasty winter weather. 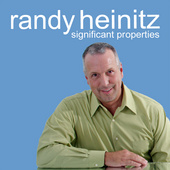