Home > Blogs > Sandra Nixon > This is getting interesting!
bookmark_borderbookmark Atlantic City, New Jersey is a name known by all.  Where casinos, restaurants, hotels, and big name celebrities come to mind.  Imagine owning a piece of it!

While many are suffering from the economy and the housing crises, this is the perfect time for making wise investments.  With home values at an all time low, as well as interest rates, the "rule of thumb" was, and always will be....your best investment is Real Estate.  Especially now!

Think of the game Monopoly!  As Bruce Watson expresses "The Monopoly board is like a time capsule of 1930's Atlantic City, reflecting the values and neighborhoods of the time. But if the game were designed today, would it look the same?"

With all the money invested already, and it's reputation, Atlantic City will never die.  Therefore, owning a piece of it can only be an asset.

There are various price ranges surrounding the most sought after spots.  With a lot of investigation, you may be able to find out "who" and "when" these areas will be considering expansion into other neighborhoods.  If you hold ownership to one of those smaller homes that fall into a sought after area............you've done well.

In comparison to the board game, Daily Finance uses this analogy:

Vermont Avenue is another surprise. The most expensive residential property within the Monopoly streets is a $1.2 million triplex that propels Vermont, one of the bargain-priced light-blue properties, into the top echelon of Atlantic City real estate. Neighborhood Scout has determined that Atlantic City's Pacific/Rhode Island Avenue district, which includes all three light-blue properties, is among the city's most valuable areas, a fact confirmed by Realtor Jose Sinclair, who notes that the city has chosen the neighborhood for a major rehabilitation.

The yellow properties -- Atlantic Avenue, Marvin Gardens, and Ventnor Avenue -- are among the game's biggest surprises. Marven Gardens (as it's actually spelled), a neighborhood outside Atlantic City, is woefully undervalued in the game. With a median house price of over $437,000, the real-life yellow properties are more than twice as expensive as most of the Monopoly neighborhoods.

Some of Monopoly's streets no longer exist: Illinois Avenue is now Martin Luther King Jr. Boulevard, and St. Charles Place was torn up to build the Showboat casino, which fronts on States Avenue. (The Showboat charges some of the city's highest room rates: up to $469 a night.) And while few properties are available for development on Park Place, it's still possible to spend the night at the intersection of Park and Boardwalk, where rooms at Bally's Casino top out at a bracing $319 per night.

So when you think of Atlantic city today, don't just think of fun, think "investment"! 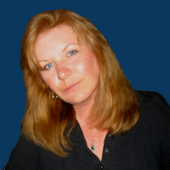