In New Mexico having a pet is challenging, in part.  There may be more pets per capita than other areas.  Many of my friends have more than three.

Our household has two cats, shelter types.  Ms.  Kat (named after the first Native American canonized as a Saint, Kateri) is a tortoishell.  Gray (named after Dorian Gray) is just grey.  They want to be outside so much but the animals of prey are too anxious to have one for their own, their own eating.

Even in heavy residential areas, small pets are at high risk for hawks, coyotes, mountain lions, and other such pedators.  Coyotes are willing to walk within 10 feet of people to take the morsel of dog or cat.

As careful as we are, sometimes our two get out.  This summer, both just casually walked out a door that was not properly latched.  My husband, John, caught a sighting of one walking around the house.  He immediately started the coy stalking.  Coy because one should not chase the cat as then they run, usually further away.  Ms. cat was not in sight then he heard her above his head.  She had gone up the tree adjacent to the deck above one room of the house.  There she sat outside the rail and over a small roof of a bay window.  Above her sat the hawk on the rail.  She was very very scared.  The small roof was too slippery to come down.  The hawk was just figuring out how to get her.

Finally John coaxed her over to the tree which he knew she really did not like backing down.  For the first time she was willing to back down into his arms.

Gray walked in a door left open for him.

Wow I did not realize hawks would be so bold.  Happy selling Priscilla

That was a close call indeed Priscilla. I’m glad John was able to get Ms. Kat down safely and back into the house. We have our share of Hawks and Eagles here by the river as well. Lucky for us our dogs are too big to be of any interest to them at all.

One of my neighbors had a close call with their cat and a hawk.  Fortunately it was a juvinille and not big enough to pick up the cat.  Lesson learned and cat no longer goes outside. 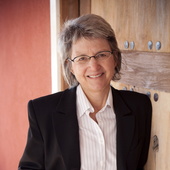