My good buddy Justin Cardoza of Duffy Real Estate in Miami, Fl & blogger for DaLockerroom believes he is the next Mel Kipper. I usually disagree with hisweekly post but  I found this one to be correct or so I hope. My beloved Washington Redskins are not there this year so I can to deal with  that.

Have a great Superbowl Sunday and be safe!

Oh yeah it’s the BIG GAME!!  Super Bowl means Super Bowl parties!!  It also means tons of bets.   People that never bet make an exception on Super Bowl Sunday.    Well you’ll be happy to know that I went an tough 7-3 this year in the playoffs and that’s against the spread mind you!   Since this is the last game of the year and the only game Sunday I’ll extend my breakdown of this game so that some of you can act like you know what you’re talking about when you 13 beers in before kick off.
Pittsburgh Steelers vs Green Bay Packers
OK from pure football point of view, this game has all the makings of a good one.   Both teams have great defenses, both teams have great Quarterbacks.  The biggest difference and the reason I think Packers are the favorite is because of the recent explosion of the Packers offense mainly in the passing game.   Green Bay has some really good receivers and Aaron Rodgers has had what they like to call ‘laser like accuracy’.   Add the fact the Packers have been playing great football inside this year and late last year and I understand the 2.5 points they are favored.
Pittsburgh on the other hand might not move the ball in big chunks but they are sound at what they do.   They can run the ball and control the clock, they have a potential Hall of Famer in Hines Ward, and a Quarterback that can extend plays in Big Ben Roethlisberger.  Steelers also have future Hall of Famer Troy Polamalu playing saftey with some of the nastiest linebackers in the game.
In my humble opinion I don’t see how so many people can sleep on the Steelers.  They have won 2 Super Bowls in the last 5 years with Big Ben @ QB, and most of that defense still in place.  Steelers can run the ball better then the Packers, have a slightly better defense (in my opinion) and have the Super Bowl Experience.  You don’t hear stories of unhappy players that aren’t in the team picture when you talk about the Steelers, because they been there, done that, and got the tee shirt (with the ring on it).   On top of all that they have the slightly better kickers and nobody thinks about the kicker till there is 3 seconds left and a team is 45 yards out.
I’m going with experience, Big Ben (nh), Mike Tomlin, the Defensive Player of the Year (Troy Polamalu, the scariest and most fined Linebacker in the game (James Harrison), and the most physical Wide Receiver (Hines Ward) to win the Super Bowl.  So I’m taking the 2.5 points as a cherry on top.   You should too.
Pittsburgh Steelers +2.5
If you like prop bets, I’m feeling the 1st score to be a field goal.  If you want to pick a team I’d say Pitt.   First TD by Big Ben.  I see a score of 28-23.  Hope you had fun this season, I know I did.
‘Winners win, losers lose’
Like favorite_border
favorite_border 0
Re-Blog
repeat 0
bookmark_border 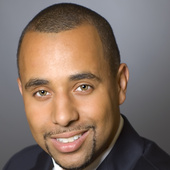 Real Estate General Information almost 12 years ago
bookmark_border
Looking for Something to do this Weekend with the ...
View more Recent Posts   arrow_forwards