Whose house is being saved by Obama?

So who are these homeowners?

To begin with, the reason they are falling behind on their mortgages isn't because their loans are unaffordable, according to a report released Monday by the Treasury Department.

Instead, defaults are stemming from the weak economy and unemployment: In December, 60% of the borrowers who received permanent HAMP mods were facing a loss of income. Just 11% were the result of unaffordable mortgages.

L.A. and New York City have the largest concentrations of these beneficiaries, and their ethnicity roughly reflects the nation as a whole: 33% of borrowers who received permanent modifications were white, while 12% were African American, 18% are Hispanic and 3% are Asian. (The numbers don't add up to 100% because many people did not report ethnicity.)

Median household income for them was just $46,000, well short of affluent. Their credit scores averaged about 570 at the time of modification, which would, under today's lending conditions, prevent them from obtaining loans.

Their mortgage balances -- after modification -- averaged $232,000. That is about five times median household income, about double what they'd usually be allowed to borrow on income of $46,000.

The help these borrowers receive is substantial, with the typical HAMP modification slashing about 40% off mortgage payments. About 18% of HAMP borrowers were able to reduce their payments by $1,000 a month or more.

Still, receiving a permanent HAMP mod does not guarantee that the borrowers will keep their homes. Of those who received a modification during the third quarter of 2009, more than 46% have already fallen at least two payments behind.

Homeowners with payment reductions of more than 30% were far less likely to become delinquent on their permanent modifications, compared with those receiving a payment reduction of 20% or less.

Great info! Thanks for this article. I didn't see it when it came out. It's not a solution, but it's a start.

I agree Sylvie! Thank you for the comment. Check out the video I just posted and the conclusion of my thoughts on this matter. I hope things are treating you well :). 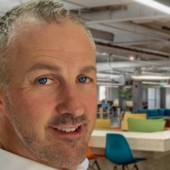