Short Sales: Loan Modifications can be a recipe for disaster

Seattle and Tacoma,WA –Hi! This is Nathan Olotoa with 59days2sold.com and www.seattleshortsalesagent.com and I specialize in short sales in the Tacoma and Seattle areas.

– The Star Tribune, a newspaper in Minneapolis, recently ran a story about loan modifications. Here is an excerpt from the article:

“Many people who sought help under a federal program created to keep them from losing their homes are instead getting saddled with huge, unexpected bills.

Lenders routinely approved short-term "trial" loan modifications that reduced payments for desperate borrowers under the umbrella of the Obama administration's Home Affordable Modification Program. But lenders continued to count the mortgages as delinquent or in default.

Now instead of granting permanent modifications, lenders often are reinstating the original loan terms and demanding big back payments.

Carl Christensen, a Minneapolis real estate attorney, said he is getting 15 telephone calls a week from shocked borrowers.

"The banks put out their hand and say, 'We're going to help you,' and then stab people right in the back," Christensen said.

Patti, 51, and Scott Weddle, 57, of Harris, Minn., were ecstatic when J.P. Morgan Chase offered in November 2009 to cut their monthly mortgage payments by about 20 percent under a trial modification. Patti was out of work with a neck and back injury, and the Weddles were having difficulty making ends meet.

Nearly a year later, the Weddles were told that their application for a permanent modification was denied and that they would have to pay $24,228 to bring their mortgage current and avoid foreclosure.

The Weddles insist the demand came as a shock, because they had made all their payments on time under the trial modification. "We did everything that was asked of us, and it only pushed us deeper in the hole," Patti Weddle said.

A growing number of critics contend the loan modification program, known within the industry as HAMP, may be doing more harm than good. Many homeowners are draining their savings and incurring new loans to make the temporary payments only to end up in foreclosure anyway when they can't afford the large, lump-sum payments demanded at the end of the process.

When the Weddles got turned down for permanent relief under HAMP, they decided to stop making their monthly payments. They expect to receive foreclosure papers any day and most of their belongings are packed. "If we had $24,000 lying around, then we wouldn't have sought help to begin with," Patti Weddle said.

"We work with customers to try to keep them in the home whenever possible," said Thomas Kelly, a bank spokesman. "And the HAMP documents clearly explain the steps along the way."

Paula Viehman, 60, recalls the day she was approved for a trial modification in June 2009. After a 30-minute conversation, a CitiMortgage representative agreed to cut her monthly payment by half to $929. "It was the answer to my prayers," said Viehman, a state employee who lives in Minneapolis.

Fifteen months later, CitiMortgage sent two letters claiming she was in default on her mortgage and owed $13,569 in back payments, late fees and other charges. When Viehman called to complain, she learned that CitiMortgage had denied her application for permanent relief under HAMP, though the bank had never notified her.

Viehman refuses to make the lump-sum payment, largely on principle, because that would mean accepting Citi-Mortgage's claim that she's in default. Though she continues to make monthly mortgage payments, she suspects the bank will eventually foreclose on the house where she's lived for 25 years.

"The longer I go through this, the madder I get," she said. "I did everything they asked and more."

Citigroup, CitiMortgage's parent company, declined to comment about Viehman's complaints because of privacy concerns. However, in a written statement, the bank said the original terms of a mortgage remain in place during a trial modification. Borrowers only receive relief from delinquent payments if they get permanent modifications.

Many borrowers say they never would have signed up for HAMP had they known the risks.

Lynda Devine, 49, of Faribault, said she had not even heard of HAMP until she called her mortgage servicer, Aurora Loan Services of Colorado, about a routine matter. While on hold, she found herself listening to a recorded message that said she might qualify for HAMP. She checked it out and learned it was a program sponsored by the Obama administration. "It all seemed very legit," she said.

Aurora agreed to cut her monthly payment to $1,400 from $2,000 under a trial modification. But Devine, a children's mental health social worker and waitress, soon found herself mired in a bureaucratic nightmare. As she sought permanent relief, Aurora kept asking for the same documents -- including bank and tax statements. Devine estimates she has faxed documents to Aurora more than 60 times.

Nonetheless, she received notice in July that she was in default. Soon after, she got a letter from Aurora's law firm saying she would have to come up with $13,496 or face foreclosure. Devine couldn't stomach the idea of losing her 1920s-era farmhouse and her 35 acres, where she keeps three beloved horses.

Devine borrowed against her truck and horse trailer to pay the $13,496, but she's considering suing Aurora to get the money back.”

I think that what these banks are doing is pathetic. In my opinion, half the reason that loan mods aren’t approved is because the lenders are too lazy to process the files.

In fact, the article continues and tells us how the lenders are actually rewarded for not processing loan modifications. Here is what it says.

“Incentives favor foreclosure. It would seem to be in a mortgage company's interest to modify a mortgage, because lenders often recover only a small fraction of a loan after a foreclosure. But only 12 percent of all delinquent mortgage borrowers are receiving permanent relief under HAMP.

Last month, a congressional panel predicted it would prevent just 700,000 to 800,000 foreclosures -- far fewer than the Obama administration's original goal of 3 million to 4 million.

Some lending experts argue that the root of the problem lies in the complicated way in which mortgages are bought and sold. Most end up with institutions or investment trusts that hire servicers to collect monthly payments.

Servicers, unlike lenders, don't generally lose money on a foreclosure. In fact, servicers actually can collect more in fees on a foreclosure than from modifying a mortgage, according to a 2009 study by the National Consumer Law Center.”

I think the entire system is flawed. The only people that get relief are people that fight for it. If you feel like you have been turned down for a loan modification, then I would recommend that you protest in front of the lender’s local branch.

Nothing is going to change until people know about what is happening. Thinking about a short sale?

I can help you short sale your property and never pay the bank another penny. Send me an e-mail at asknate@kw.com. I will contact you for a free consultation.

When we talk, I will explain how the process works in detail and answer any questions you may have. Or, if you prefer, you can call me at 253-310-1177

Discover how other sellers successfully did a short sale to avoid foreclosure by clicking here.

Thanks for reading this, Nathan Olotoa.

Listed to Sold in 59 days or less

View Tacoma and Seattle homes for sale at 59days2sold.com. View my previous blog posts at www.seattleshortsalesagent.com.

Copyright 2010 SFI Marketing Institute, LLC. All Rights Reserved. This is not intended as legal, technical, or tax advice. Please speak with a licensed professional before making any decision. Information is deemed reliable but not guaranteed as of the date of writing. The views expressed here are Nathan Olotoa's personal views and do not reflect the views of Keller Williams-Tacoma.

This information on Short Sales: Loan Modifications can be a recipe for disaster is provided as a courtesy to our viewers to help them make informed decisions.
Like favorite_border
favorite_border 0
Re-Blog
repeat 0
bookmark_borderbookmark 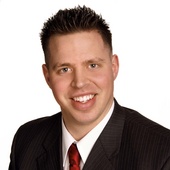 over 10 years ago
bookmark_borderbookmark
Short Sales: Why Lenders Back Off When Threatened ...
View more Recent Posts   arrow_forwards