Now is a great time to buy; with mortgage rates near all time lows & prices down (both are expected to go up), and new mortgage rules start March 18
Highlights

· Maximum amortization reduced from 35 years to 30 years decreases purchasing power by 8%, or increases monthly payments by 8% for deals after March 18th. Full details of the new rules at www.MarkHerman.ca.

· Canadian economy is the strongest of the G7 and recovering. When the recovery takes hold, rates and prices are expected to rise. Alberta will maintain the strongest economic growth in Canada (and even the USA).

· Economic activity in Canada is back to pre-recession levels - the best performance of the G7.

· Canada's solid recovery has supported a recovery in the labour market. Since July 2009, employment has increased by more than

460,000 jobs, more than offsetting all of the jobs lost during the recession.

· Real GDP growth is expected to remain moderate in the near term, Canada is expected to continue to have the strongest growth in the G7 according to IMF forecast 2011-01-20.

· Global recovery is expected to be modest and led by emerging economies, particularly Asia.

· Canadian household finances are not as terrible as previously suggested and won't hurt consumer spending in 2011- BMO Capital Markets study. The negative focus has purely been on household debt reaching a record level of 145% of household income, but was missing the fact that family wealth has risen to 6 times disposable income.

· The overall measure of the Index of Canadian Consumer Confidence was a steady 85 points for the last half of 2010. Consumer confidence in Alberta remained relatively consistent in 2010 at about 87 to 89; higher than any other province in Canada.

Canada's recovery is forecast as the strongest of the G7

Risks to the Global Outlook

· The global recovery remains fragile with uncertain strength in advanced economies, particularly in the U.S. A.

• Global imbalances in trade continue with implications for a strong Canadian dollar.

· Alberta recovers from its severe recession with real GDP set to grow at 4.3% in 2011, says RBC Economics. In 2011, RBC projects Alberta's economic growth will be second only to Saskatchewan, the fastest growth 2006, due to the booming energy sector and increased job creation which brought down the stubbornly high unemployment rate.

· "Improvements in the employment market help reverse the out-migration to other provinces that earlier slowed population growth to the lowest rate in 15 years," said RBC. "These are the kinds of turnarounds that will spread the recovery more widely throughout Alberta."

· Alberta's employment to lead the country with a rise of 2.3% in 2011, and creation of 37,000 jobs, the highest total of new employment since 2007, which should ultimately boost population growth. With interest in developing Alberta's oil sands growing ever higher, the gush of capital spending on megaprojects is expected to

continue.
• In 2012, the rising tide of energy-related spending will keep the Alberta at the top of Canada's growth rankings.

Interesting Details in the US Economy
1st, growth of the US economy has usually been dependent on consumer spending. Still, retail spending is on target to hit a new all time high this year. This is happening with 7.5 million people out of work. High levels of debt was the major factor for the US recession. Now, retail sales are reaching new highs, even as the US savings rate has increased from a low of 2% to 6%.
Homes are now as affordable as they were before the boom in '06 and similar to 1988

We are now as wealthy now as we were before the crash.

Moreover, the use of credit cards by American consumers during the US Thanksgiving was at a 26 year low. The news does not focus on the 90% of Americans with jobs. This shows confidence is returning to the American consumer and they are acting in a responsible manner which means this level of activity is sustainable. This should give the US economy a good boost.
2nd, US corporations went into the financial crisis with records amount of cash on hand - $2 trillion. As 2011 starts, employers may not have much choice about hiring more workers. Current statistics indicate most employees have been working as hard and as long as they possibly can.
Hiring cannot be postponed any longer if business improves. Businesses are going to have to start adding to their payrolls, and they have the money to do it. They also have the money to expand their plants and equipment once confidence reaches a certain point. When the pace of hiring increases, a wave of increasing confidence will likely wash over the United States, other economies and the stock markets.

Outlook
Canadian Dollar:
• Recovering economy and a rise in commodity prices, expect the dollar to stay at parity to the US.

· Mortgage rates were at historic lows and are now holding

The Mortgages are Marvellous Advantage
Please feel free to call for mortgage advice, a rate hold or a free 5-minute mortgage check-up. Remember the banks pay us, your rate is usually always lower than you can get at the bank, and you can usually be placed at your own bank. We also answer our phones and work on your schedule.
Why not take advantage of the skills, years of experience, and non-biased advice of a dedicated, top- broker with access to all of the banks for the largest purchase you can make?

Inflation is under control and below the 2% target as set by the Bank of Canada. Policy will be adjusted to keep inflation as close to the 2% target as possible.
Consumer confidence has returned and Canadians are now spending at pre-recession levels after
holding onto funds during the recession. 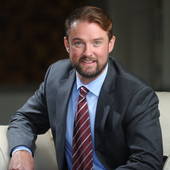