Home loans began to stabilize during 2010, and home sales showed some signs of encouragement. We expect more of the same in 2011, although there will be some additional headwinds.

After a modestly good start to the new year, home prices could actually decline slightly in some areas depending particularly on the health of the local job market. Another headwind that could weigh on home prices is the overhang of several million distressed properties The moratorium on foreclosures has ended and all of the major lenders have resumed foreclosure procedures.

At the end of last year, three million homes were in foreclosure activity, with over one million repossessions. Overall, we expect to see accelerated rates of foreclosures in the first quarter until things settle to normal during the second quarter and the rest of the year. This could extend the housing downturn a couple of months longer.

With that being said, we still expect to see home prices move higher in the year ahead, especially in the later part of the year.

Although rates are still near historic lows, they have trended higher since early November, and indications that those unbelievably low home loan rates seen during 2010 may be behind us. In fact, there are only a couple things that would bring back the lows that we saw in early November 2010:

Realistically, the economy is improving, and as it does home loan rates will gradually increase over time. We expect rates to stay relatively low during the beginning of the year, but gradually rise higher.
Like favorite_border
favorite_border 0
Re-Blog
repeat 0
bookmark_borderbookmark

Thank you for the timely information! I'll contact you soon!! 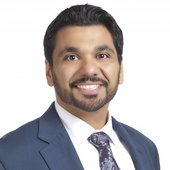