I had a home inspection take place today on a home that has a beautiful Gazebo with a private hot tub in the backyard. The Gazebo was built about 4 years after the home was built, but it matches the house exactly with the same paint and roof tiles. It was done professionally and has a permit that I found on the city's website. So, I was feeling pretty good about it until my inspector brought up an issue I never would have considered. He said that he felt that the gazebo was built too close to the wall and had concerns with the setback lines. I believe the structure has to be 5 feet from the property line. This gazebo is almost touching the wall and the roof hangs over the wall. Now I have a stomach ache.

My first thought was to call the city, but I don't want to send out any red flags and cause a problem. This structure has been there since 2004. I did call the city and ask a general question. I asked that if the permit shows that they had inspections and was approved and shows that it was finalized, then I was assuming that the inspectors would have checked the setback lines. The city employee said it wouldn't have passed inspection if it didn't meet the required codes.

So, what does everyone out there think? If it passed the city inspection then should we let it go or should my buyer be concerned that they will come one day and make him tear it down? On the permit is shows that it cost almost $3,000 to build. It would be very sad for my buyer and expensive for him to tear it down. Not to mention that the gazebo with the hot tub is one of the reasons he wants the house.

Help, does anyone out there have suggestions. Any contractors out there know if structures get approved without really looking at them or measuring the distance?

Thanks for any advice or feedback.

Home inspectors aren't code inspestors.  You can always call for a code inspection from the county and have them approve it and at least everyone will know.  It is material information of which you are aware.

I don't believe you can ignore it, but as long as it was built under a permit and signed off by the county, it's doubtful that there is a problem.

Here in AZ we see this quite a bit. Encroachment issues, no permits pulled, etc. My own home has 4 different boundary markers all within a foot of each other, from 4 different surveyors. Which one is correct? If a permit was issued, all of that was checked out in order to issue the permit. The permit will normally cover you. Good luck with the sale!

Thank you Kevin and Lenn,

I really appreciate the help! 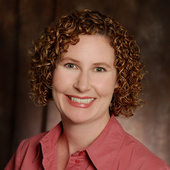