Of course, everyone who is having trouble making ends meet probably wants to keep their home. Sadly, however, sometimes it is hard to make the mortgage payments—even after being approved for a loan modification.

On February 4, 2011, dsnews reviewed a Moody’s report on “the dynamics of re-defaults” in loan modifications. Here’s the skinny.

In this report, Moody’s calculated the six-month re-default rates on approximately 78,000 loans that were modified between early 2009 and mid-2010 by eight of the major loan servicers.

Here is the breakdown of each company’s modification re-default rate:

In plain English this means that 33% of those who obtained loan modifications through Bank of America have since re-defaulted on their loans. Eeeeeeek!

Moody’s also made note that there has been some improvement in the performance of modifications since servicers started aggressively reducing borrower payments in 2009. “The average six-month re-default rate on loans modified in the first half of 2010 improved to 25 percent from 31 percent for loans modified in 2009.”

Additionally, Moody’s arrives at an interesting conclusion: “We have found that a loan that is modified and [then] reported as current is three times as likely to default over the ensuing twelve months as is a current loan that has not been modified.”

What will happen to these mortgages down the road is anyone’s guess. Perhaps they will result in foreclosure (more REO listings for you), deed-in-lieu, or even a short sale (another great listing opportunity). In a few years, we can all stand around the proverbial water cooler and chit chat about the results in between comments about Dancing with the Stars or Chrstina Aguilera’s next big snafu.

You must sign in or register to leave a comment
Login Register
Show All Comments
Rainmaker
657,117
Joetta Fort
The DiGiorgio Group - Arvada, CO
Independent Broker, Homes Denver to Boulder

Wow, that's disappointing. But, for those who are in the larger category, for whom the modifications are working and are able to keep their homes, the program is a big success. I hope by the time M. Aguilera has another snafu we're back into a healthy market.  Oh, never mind that last sentence!

That is surprising, 33% of B of A's loan mods result in default, or rather re-default.  Well, at least these people tried, right!

Melissa. The chance of a loan mod actually working is probably much lower then those stats show. I would guess the 66% that have worked haven't been around long enough. The issue of course is the lack of equity. They may get the payment down some but the fact is the folks are still upside down with their <equiity>. Reduce the principle to market value and the mod will work. But of course this ain't happening. At least not in the markets that need it the most. The lenders better off foreclosing or doing a short sale and taking the insurance.

Interesting Melissa, I thought they would be lower too but at least we're hearing stats on these defaults...

Melissa - I read that, too, and am not surprised.  The surprising thing is why would the banks spend all the money on the mods when they are going to lose anyway.

OK - I'll be the glass half full person, at least 70- 75% have been successful---so far. Melissa, I'm a big fan of keeping people in their homes if that's what the people want to do, unfortunately most of the stats about HAMP are just not impressive.

The purpose of HAMP and HAFA is to get votes. Same thing with the Community Redevelopment Act that started so much of this.

It really is amazing when you look at the stats. You would think some of these folks would realize even with the loan mod it won't work for them.

I fully expect the re-default rate to increase as prices decline further.

Once that contract is broken, people begin to think.  While once they would have done anything to remain in their homes, they begin to look at how upside down they are and the fact that the lender has added to the back end of their loan rather than reducing the principal.  Right now the banks completely have the upper hand, but people are getting fed up with it.  We will start to see the rise of aggressive foreclosure strategies as the anger  grows.  It is a fact that only 1.3% of the TARP money dedicated for mortgage modifications has been spent.  Our taxpayer dollars bailed out Wall Street, but the lenders don't feel any obligation to turn around and help out Main Street.

Hi Melissa - I had heard that the post-loan mod default rate was over 50%, but 1 out 3 is still pretty high.  Once someone stops paying their bills, whether it be a mortgage or a credit card, it is hard to get back on track regardless of how low the modified payments may be.  Thanks for the information.

Feb 19, 2011 04:01 PM
LIKE
#12
You must sign in or register to leave a comment
Login Register
Show All Comments
Older Post Newer Post
Back to Top
Generate More Leads from this Listing
With a Trulia Pro Account
Learn More
Find what you need?
See More Blog PostsAbout Real Estate! SEE MORE NOW!
Ambassador
1,230,437 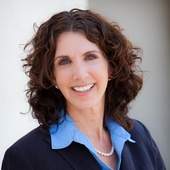