Living in Southern Pa Offers a Variety of  Lifestyle Choices

Living in the southern part of Pennsylvania offers residents a variety of home lifestyle choices.  The three main metropolitan area's that southern central Pa are Lancaster, York, & Gettysburg.  Lancaster ( pronounced Lank-iss-ter)  and  York being cities, while Gettysburg is a boro. Compared to  other area's of the state southern Pa is relatively rural. However all three area's do offer a certain amount of urban feel. Lancaster being the largest with a city population of approximately 55,351 and a metropolitan area population of around 494,486 makes Lancaster the eighth largest city in Pa. York isn't far behind with a city population of approximately 40,862 and a metropolitan population of about 99,764 giving York a 14th largest distinction. Gettysburg is the more rural of the three, being a borough, it carries a population of around 7,500. Beyond Gettysburg borough it gets very rural, very fast. The surrounding area is dominated by small country towns and farmland.

Lancaster which has by far the largest metropolitan area offers a wide variety of things to do. From living in a chic, in downtown loft condo, to a historic 150+ year old home in the down town area, there are a many restaurants, and recreation opportunities. Lancaster is home to the Lancaster Barnstormers of the Atlantic League of Professional Baseball. While the Barnstormers are the Lancaster choice for summer baseball, the Clipper Magazine Stadium becomes an ice park in the winter months. Downtown Lancaster also boasts a thriving artist community with many galleries in walking distance.  Lancaster is also home to the historic and still operating Fulton Theater. The Fulton offers southern Pa residents the very best in stage performance. I am a member myself and enjoy our nights at the Fulton.  Lancaster offers the southern Pa area some of it's finest choices in dining. Some of my personal favorites, Carrs, The Pressroom, and the Cork & Cap. There are also many outdoor recreation area's in the Lancaster area for those that like to work off those calories.

York Pa, while smaller than Lancaster in population has a more urban/city feel to it. It is very similar to Lancaster as it boasts the York Revolution of the Atlantic League of Professional Baseball. Sovereign Bank Stadium sees a lot of action during the baseball season. York does not offer as much in the way of artists, but it does have a great entertainment venue The Strand Capitol, a downtown performing arts center. The Strand offers high end entertainment to the residents of York such as comedians Lewis Black and John Caparulo, as well as musical performances by the York Symphony Orchestra as well as Jazz great Diana Krall. York also offers southern Pa a wonderful array of great restaurants within walking distance to the downtown area.  The Left Bank, White Rose Bar & Grill, & Blue Moon Cafe are among my personal favorites. York has a rich Revolutionary War period history, becoming the first capitol in the country in 1777. The York County Heritage Trust offers a wonderful of museums, and historical sites to get your history on.

Gettysburg is by far the smaller of the three area's, and offers the widest range of lifestyles in the closest proximity to each other.  In a matter of minutes you can go from a farm or orchard environment to one of more urban tone. What Gettysburg lacks in size it makes up for in volume of eateries, and pubs and museums. Clearly the biggest attraction enjoyed by locals as well as others in the southern Pa area is the Gettysburg National Military Park.  The park can take up the better part of a day for the casual visitor. When it comes to entertainment venues Gettysburg offers The Majestic Theater. The Majestic recently underwent a 16.5 million dollar renovation that now highlights the theaters grandeur. Gettysburg also offers diners a wide variety of choice's from Ruby Tuesdays, to the Dobbin House. Personal favorites of mine include, Centuries on the Square, Garibaldi's , & Thai Classic IV

All three of these area's of southern Pa offer a diverse variety of lifestyles to choose from. Lancaster with it's Pennsylvania Dutch influence, York with it's ties to the Colonial period, and of course Gettysburg with it's connecting with the Civil War and Abraham Lincoln. All three are wonderful places to visit and live as well. The choices are limitless.

excellent blog Gerry do you feel the Google Juice in your veins!

Nice post Gerry...I'll forgive ya for not mentioning Lebanon ( pronounced Leb-in-in)...I know, we're all full of bologna here...Enjoy your day.

I like the way you sectioned off the various areas.  Gives people a better idea of how the neighborhoods are arranged.

Gerry...great localism & for those of us way out-of-state-a fun mapping of the area.  My parents spoke of Lancaster often as they both had relatives living there. They also had a good laugh at our pronunciation of the area as Lan-cast-her.  We are probably all damaged because of that. LOL
Have a great rest of the week.

Very inviting post. Makes me want to consider the area for a retirement location.

Life is good when there are flowers to photograph.

Great localism post. Havinf been through the area I can envision it as you describe it. Although you did leave out the black carts with the orange triangles on them

This is a BEAUTIFULLY detailed look at my home area. As you can tell Gerry is thorough in his analysis and a great communicator who cares about quality of life. He will be just as careful in helping you buy or sell your Gettysburg area property.

very nice blog. I am in Hanover Pa and really enjoyed your blog.

Gerry, honest, I'm having a slow day and I'm digging into old posts...This was good and I liked the phonetic for Lancaster...I use Leb-a-nin for where I am...Enjoy your day.

Coming from the "Southern End" of Lancaster County, I have to admit that Lancaster City is one of my favorite places. Even though I once traveled the entire eastern half of the country on business. It is as Gerry describes, a charming city that has become a center for the arts. It's great!

With our warming climactic change, and especially being as how we have, knock on wood, had such a kind winter, PA may become a new retirement hot spot. 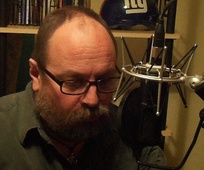