I was reading an article in today's Lexington Herald Leader.  It was discussing bicycling in Lexington, KY and how there is so much going on for biking in the area.  It served to remind me about how much fun the Legacy Trail has been for visitors in the last several months.  The Trail opened in September of 2010.  The trail winds from the YMCA on Loudon Ave and ends at the Lexington Horsepark.

I had read about the trail numerous times in the Lexington Herald Leader and decided I needed to take a look at this trail first hand.  At the time I was running 5 miles or so every few days.  When I saw the writeup in the paper I decided then and there that I was gonna do my mini-marathon there.  I had only done a top run of 8 miles.  But I knew I wanted to hit a milestone run and this was gonna be my place.

I trained for a month to get to the point I felt like I was ready.  On that morning on the first of October 2010, I headed to the YMCA and parked my car.  I saw the 2 mile marker right in front of me.  FYI they are supposed to be bringing the trail from downtown out to the Loudon Y.  Funds have made this a slow process.

After a brief moment of stretching (I think it's overrated) I took off on what would be a long trek.  The path quickly wound past Lexmark International and steered me over a bridge that crossed over probably one of the heaviest traveled roads in Lexington, New Circle Road.  As I pasted through this area I thought, "Man this is gonna be easy."  I passed over a rustic bridge and headed up a hill.  I was excited.  This was gonna be a fun trip.

The worst part of this run was crossing over Newton Pike.  I had to stop and wait several minutes for the light to change.  It really messes up your MOJO.  Little did I realize how it would haunt me later.  I continued on my path and manuevered around several runners/walker.  Each time it was enjoyable to say hello and pass on by.

There are two unique points within the trail where you get to pass through a tunnel that runs under a roadway.  The first one crossed under Citation Rd.  It was a quick detour off the main path that wound down a steep decent.  However, it was extremely cool to feel the engineering that surround me as I passed through it.  I mean, they had to create this "after" the road was built, right?  The second amazing tunnel passes you from oneside of I-75 to the other.  I mean really, that is a crap load of traffic passing overhead.  It appeared as though there were lights in there.  It was midday so nothing was on.  I even saw tracks where vehicles had traveled.  It was cool, but a little unnerving, I had to keep an eye over my shoulder to make sure none were coming.

What passed between those two tunnels was a beautiful stretch of flatlands that saw me pass a mother reading under a tree to her two kids.  The shortly thereafter there was another parking point where you could enter the Legacy Trail.  This area really gave you as sense of the beautiful Kentucky farmland that surrounds us.  One drawback was being downwind of the sewage treatment plant.  That was nasty.

After crossing under the I-75 tunnel, I was presented with an area that appeared allowed you to go either one of two ways.  Fortunately, I was behind another runner and learned from his mistake that I should go left, not right.  As I learned later, I wasn't the only one who had this issue arise.  I saw a group on the other side of the fence on my way back looking at me as if to say, "yep, we were supposed to go left."

From this point, I crossed another long expanse of land that afforded me looks at the beautiful Kentucky Horsefarm prairies.  There was another beautifully aged iron bridge on this path.  I knew I was nearing the halfway point of my trek (8.1 miles) and would not be taking the full journey to the end.  I was a bit sad to not see more of the beautiful TRAIL but glad to be turning around for my journey back home.  I was at my halfway point.

Most of the rest of the trip back home was a journey of endurance, pain, and fortitude.  It was fun to see the pastures from another viewpoint.  The other trekkers were nice and the weather was wonderful.  I would highly recommend this trail to homebodies and newbies alike.  It was fun, challenging, and beautiful.

Oh yeah, the Newtown Pike crossing I mention earlier?  Well, on my way back, I was less than 2 miles from completing my 13.1 mile journey.  I just wanted to trudge through it and be done.  But!  I hit it...the four way stop and Newtown and Citation.  When I stopped, I knew this was gonna be a nightmare.  See, my muscles thought they were done.  I mean we stopped, right?  So when I had to fire it back up, they didn't agree with me.  The last 1/2 mile was a nightmare that saw me running much like my grandpa would.  At some point, I saw a snail pass me.

I did complete the full trek.  It was exhilirating, memorable, and something I will revisit in the future.  Keep in mind, this story is being written four months after it was completed.  With crystal clarity.  Yes, this trail will stick with you.  BEAUTIFUL!  Go to Legacy Trail for more information.

Today was my third time on the trail and although we had a lot of rain last night with the amount of money the trail cost "$12 million?" you would hope flooding wouldn't be a problem but I went through a few spots being covered with water and just after the 8.4 mile marker where there's a white metal building on the other side of the fence the trail was flooded deep and muddy so had to turn around before I could get to the end of the trail.

I just hope the new Legacy trail doesn't flood out easily every time we get a good down poor.

I rode Legacy for the first time today; from Coldstream to the horse park. Not bad, but just one place shady, and that was the underpass. Not a single water fountain along the way, even at the Coldstream parking lot. That contrasts with the dozens of unnecessary flagpoles along the way, which must exist as a testament to the gullibility to taxpayers.

To amend my prior comment, I've read that the flag poles were privately funded. That makes them no less idiotic. 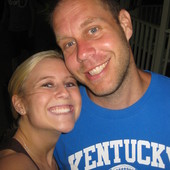 about 11 years ago
bookmark_borderbookmark
10 Things You Should Look for When Choosing a Prop...
View more Recent Posts   arrow_forwards