Do you have a 4 way test for your Business practices ?

I found this article recently and thought WOW this is how you should make business decisions.How would you operate if this was your test ?

1. Its it the Truth ?2. Is it fair to all concerned ?3.Will it build goodwill and better friendships ?4. Will it be beneficial to all involved ?

The four-way test was constructed in 1932 by Herbert J Taylor. Taylor had just become president of the Club Aluminum Products Co in Chicago. It had 250 employees, was bankrupt and was 400k in debt. Today that about 4.3 million, and it was in the midst of the Great Depression.

Taylor a Christian man believed “in right there is might “. He was an ethical man and empowered his employees to think right and they will act right. So who’s right and how do you measure this ? Taylor prayed about this and one night he came up with the 4 way test. He put the test to work for 60 days, and found quite a few company practices did not stand up to the test.

After 60 day Taylor took his idea to 4 departments heads by faith. A Christian Scientist, a Roman Catholic, a Orthodox Jew and a Presbyterian. He asked if any of them felt this 4 way test was contrary to any of their beliefs. It was a good test and all agreed to memorize and use the Test in their business decisions.

The 4 way test became the company’s official policy and in 5 years the company paid off their debt with interested and distributed over a million dollars in dividends to the shareholders, all in spite of a Great Depression.

So do you use a 4 way Test when making business decisions ? 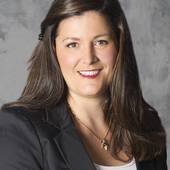