It started innocently enough, an introduction from a mutual friend.  Soon we were spending our evenings hanging out on his deck looking out among the many lights, homes and rolling hills that lay between us and the Carlsbad coastline.  Learning about each other over a glass of wine (alright, it was a bottle) and Jim has such a knack for telling stories, that is one thing I truly love about him.  He told me about his years as a Captain in the Marine Corp and how he undeniably loved being out in the field with his men and when he was promoted to Major he was done because they gave him a desk job and wanted to send him to the East Coast.  I heard the stories of him getting his contractor's license and the long days of flipping houses during the boom in San Diego.  He eventually renewed his Real Estate license and started buying and selling his own flips to help streamline the process. After the boom he started doing Real Estate full time as the numbers did not work anymore for flipping houses.  He would sprinkle in stories from his time as  a Mortgage Broker at the end of his college years and before going off to Officer Candidate School.  Little did I know, I was sitting in on Real Estate 101.

The first time I went with him while he showed a home to his clients was on our way to dinner.  I was a little nervous and just tried to smile and stay out of everyone's way.  Once we were inside the home the clients went left and we went right.  I was now, unknowingly, enrolled in Real Estate 201.  He was laser focused on the flooring, the walls, and was then pointing out how the entire ceiling is 2 inches higher on the right side of the living room.  Throughout the entire home he explained if something was an issue, if it is an easy fix or if it was a deal killer.  He then met back up with his clients in the living room and took them through his tour all the while offering solutions, rambling off rough cost estimates and if it was a DIY project or not.  As we got back in the car I said, "you aren't one of those 'Look at the pretty kitchen' agents, are ya?" and he just laughed...he thought that was funny.

The lessons and stories continued on for a couple of years and then it happened.  He told me that I know more about Real Estate than most of the agents out there (not including you, Reader ~ *smile*) and that I should get my RE license and become my own boss again.  We had numerous conversations regarding this but low and behold, I did!

Instruction of Real Estate 301 was much more in depth and the terminology more detailed.  I was taught to check each tub to confirm it was properly installed because if it wasn't it was a heck of a fix that would cost my buyers $5k - $7k for each faulty install.  I was instructed to look for evidence of water damage, foundational issues and difference between normal cracks and the "get in the car, we are leaving now!" cracks.  How I had to look for clues to determine how expansive the soil is and the difference between Section 1 and Section 2 damage and repairs.  I tagged along with him while he replaced locks for his clients and would show the new homebuyer how to install their new Hampton Bay ceiling fans, they were the easiest to install and he'd help with the first one and then they would know how to do the rest.  It falls in line with the "teach a man to fish...." theory.

He proposed in late June and we got married the following May.  After a fabulous honeymoon in Italy, we returned home to reality.  It was time to kick it into full gear now that I started my career as a full time agent and had my own clients, Real Estate 401 was now in session!  I relate it to a Doctor's Residency as I was on my own to use what I had been taught but luckily Jim was only a text or phone call away.  He HAD to answer my calls when I was with clients as a rule, even when he was on the golf course!  If an offer had been made before he saw the property I would take him to it to get his opinion and make sure I didn't miss anything and sure enough, I hadn't.

Now that we have been at this long enough we have graduated to being team players.  We share an office so we are about 8 feet away from each other when we need to bounce an idea off or ask a question.  I am slowly dragging him into the new world of technology and have a few wins under my belt.  Being "Married to Real Estate" isn't so bad, except when he types too loud ; )

HI Jessica - I can't believe I actually read that entire post!  I'm surprised Jim doesn't scare off all his clients.  I know a similarly inclined home inspector that can scare a buyer out of the purchase of the cleanest home in any neighborhood.  Good luck with everything.

You might want to consider writing for a hobby, you got me to read the whole post!!

I think Jim did good for himself Jessica! Congratulations to you both!

Thanks for reading the entire post!  I know it was more like an article, but when the writing juices are flowing...just go with it!

Cameron-luckily it is knowing the good, the bad and the ugly when it comes to "findings" duing the walk-thru mini inspection.  We always recommend our favorite professional home inspector when the time comes..he isn't afraid to kill a deal if he discovers an "ugly"! Good luck to you too!

Rob-I appreciate you reading the entire post and for the compliment, thank you ; ) 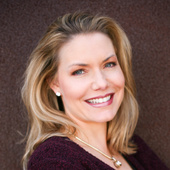