There are no easy solutions to fixing the mess that is GBM's.  It's expected to cost hundreds of billions of dollars.  Yes, with a "B". And the process is expected to take years to complete.  Without giving specific recommendations in the proposal, the White House did give an outline of some of the things it would like to see implemented.  Including:

The FDIC-like insurance fund seems like it would have been a good idea to implement initially with the GBM's.  And I don't see putting 10% down as a bad thing.  Will it knock some potential purchasers out of the market?  Sure.  Will the loans being underwritten be more stable.  Absolutely.

Thank you very much for your informative post. I am very interested in watching what this administration is doing - it is anyone's guess as to where the market will go and what the interest rate fluctuations will be. My happiest moment was closing on my own family's new home in December. Our 30  year fixed rate was under 4.2%!! LOVE IT.

Much of what I have heard bouncing around is pretty scary... all of the "changes" are being made or considered based off of a portfolio of loans that can not even be approved today if you tried. The loans underwritten today are not likely to go bad since EVERY I is dotted and T crossed..

The talk of requiring lenders to hold reserve accounts for loans with less than 20% down, even if insured... and all the other restrictions are estimated to raise interest rates 1.5%. so not only will it be harder to get a loan with increased down payment requirements, but it will also be harder to qualify with higher rates.

Just My humble opinion as a long time mortgage guy that has seen a few ups and downs over the years.

Thanks Robert.  Even with a 1.5% rate increase, historically speaking, we wouldn't be in that bad of shape at 6.5% if it meant the asset was more secure.

I am concerned that this will definitiely hurt the first time buyer market in my area as most are predominately FHA. 10% is a bit steep for many folks.  Curious to see how long they take to phase it in.

Mark - We're seeing better than half of our purchasers working through FHA too.  I agree that 10% is a bit steep, but hopefully that will instill more of a feeling of personal responsibility to the home that is being purchased.  The people that bought with all of the 80-20/80-10-10/80-15-5 products have nothing invested and I feel they take the responsibiity less seriously.

I think we are pretty secure right now.  Loans we have written in the past few years are not that likely to go bad, they all have been OVER documented.  I think the knee jerk reactions are being based off of past history of loans that do not even exist anymore.  That isnt good for anyone. 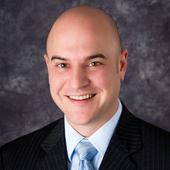