When the going gets tough...throw your associates under the bus. That's the unusual action of The President of the South Central Wisconsin Realtors Association, Charlie Wills.  In his President's Message in the Realtor Review which came out today, Charlie suggests the Realtors are succumbing to a challenging economy and resorting to less professional and ethical behavior, and what sounds like, in-fighting. I disagree with his conclusion and hope you do too.

"The past few years of economic hardship has touched most aspects of our personal and professional lives, straining and testing us in many ways. Many fellow Realtors® and I have sensed a decline in professionalism and business ethics, and an increasing negativity towards each other. Disputes and ethics complaints have increased enough to concern us all."

I called Charlie and asked for the evidence. He doesn't have any.  He did direct me to Kevin King at the RASCW office for statistics on arbitration and ethics complaints. (As if numbers of filings could only mean one thing.) As evidence to support his feelings, Charlie said his talks with his company leadership and associates about their increased incidence of conflict, convinced him that membership is more combative and less professional and ethical. Charlie admitted he did no formal research to support his accusation, (Gut Feeling he said) and he intended his statements to be "Rah Rah" as he sees himself as a "coach" leading a team.

All of us, as members of the National Association of Realtors, might have good reason to be concerned when any leader of one of our associations makes  unsubstantiated accusations.

Before we join this president in feeling fear and striking out at fellow realtors, let's look at the reality:

An increase in ethics or arbitration hearings can be attributed to an increase in the professional acceptance of a highly regarded system of dispute resolution. Realtor disagreements are supposed to be handled outside of the courts and our Association does an excellent job of fielding complaints and giving brokers a fair hearing.  An increase can also signal a healthy ethical stance against activity that had once been deemed acceptable. When more is at stake more complaints can be expected to rise to a higher level for resolution. Arbitration hearings are the right venue for settling commission disputes, and we commend members who take disputes to the panels for binding resolution. Ethics complaints from the public should be considered a success of our efforts to be open to the public to use our system to resolve concerns as opposed to forcing the public to expensive courts.

As for the incidences of conflict between his company and membership there are reasonable explanations which could be considered before determining the rest of us are bad guys.   The fellow who drives his semi on a one-way street will have some conflict with drivers and pedestrians.  Hey, I've been in conflict with people from time to time.  I learned it makes sense look at me first before blaming everyone else. If I'm bumping into folks, I usually have a part in the conflict. Might be something to consider.

Charlie told me he considers this message his way of coaching his team as President; a Rah Rah message he said.  Why, if he wanted to inspire, did he decline the opportunity to commend the membership for their perseverance, their ingenuity, and adaptability in tough times? Instead of praising those who increased their skills in distressed sales, he condemned the team for not playing nice enough with his company. Where the opportunity exisited to compliment members for developing creative business models to meet the consumer demands, Charlie used his position as Coach President to urge us to "work together" and I assume that means, as suits him. Sorry Charlie, just because we are in the same business, doesn't mean we are all on the same team--but we do follow the same rules. When we make statements about real esate we are supposed to be able to back them with facts. Got any? No. In fact, the evidence appears to the contrary. Without a statistician involved, it seems the number of complaints may have declined in relation to the per capita changes in our associations membership. I got this report from the association within minutes of my call. I would think the president would have done the same.

There is no doubt some business models will put old thinking where it belongs and those who resist will go out fighting. Realtors will keep on keeping on regardless of where the unfounded accusations come from, even if the accuser is the local association president.  To conduct research on such an important issue by only feeling the sentiment of a fraction and single minded group such as your own company, disregard respectable evidence  and then conclude with such a damaging accusation is the way Charlie leads,  I'm not standing near the bus while he's driving.

I admire how you called them all out on the carpet and asked them for proof and evidence. Good for you 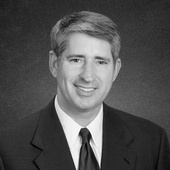