I have more pictures to share - my fascination was with the tail images, and the pilots nicknames, as evidenced by this primarily photo blog. This had special meaning to me, as I have a rescued cat named Gizmo. Not sure the LT would like the reference. I can only imagine "how" these nicknames are earned! Really, don't you think this is a very specific nickname????? Lt CDR Chuckles......well, his plane on the flight deck at least. We all loved this name! Ok, there were probably a million other pictures, but I could not avoid the nicknames and the tail insignia... The bronze statue of the namesake of the ship...This ship is unique in that their namesake is still living, has visited twice and writes personal letters to the departing sailors thanking them for their service.

And one of the seven dwarfs...I did not see the other six names anywhere that I recall.. And , of course, Uncle Pepe....who could fly without him.

Neat pictures Carol. I was amazed at how fast these could run...

Carol - Very cool! I thought I could hear the theme song from Top Gun playing in the background!

The service is one great organization filled with traditions and wonderful life long relationships.  I came from a family where both of my parents served and my dad was a career officer.  The stories behind the nicknames, now that is fun!  Thanks for sharing, love the post and memories it brought back to me.

Carol - Great pictures. It's interesting seeing the nicknames of the pilots. More interesting is to find out how they get those nicknames.

Your fascination sounds like mine when I am at a marina... looking at the boat's name! Love it! I actually did not know that pilots get to put their "signatures" on some of those "babies". Very cool!

Carol, Those are neat pictures!  I also love the nicknames they come up with!

Good morning Carol, thank you for sharing these great photos with us.

Great pictures, and great names.  Thanks for the smiles (I was going to say chuckles!)

Carol you got some really great shots. 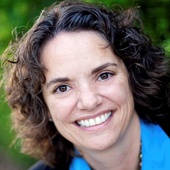