The drive from Fremont to Sacramento required for us to take several freeways, the main ones being I-880, I-680 and I-80. In certain sections of the freeways are carpool lanes, intended to ease traffic especially during peak hours.

Interestingly, carpool rules differ from one freeway to another, that’s why I had to constantly look for the carpool signs to make sure I followed the rules and avoid being penalized a huge $381.

Entering I-880’s carpool lane was almost automatic for me and my husband; I knew carpool meant a minimum of 2 persons per vehicle. But when we approached I-680’s Benicia Bridge (also known as George Miller Jr. Bridge), the rules of the game changed. We were no longer privileged to get into the carpool lane, since the definition changed to 3 persons per car.

Actually, even nearby San Francisco enforces the 3-person carpool rule. Check out the Bay Bridge, I-101 and even the Golden Gate Bridge.

So, before you venture into unfamiliar territory, be on the lookout for the carpool signs. You’ll be surprised; the rules differ even within a five-mile span.

Jane, good advice about the various rules of the road. My only question is why are motor cyclist allowed in the Car Pool Lane If not why do we never see police pulling them over and ticket them??Just wondering. 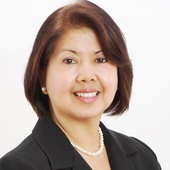