The title of this blog is the advice given in a book of financial wisdom,  The Richest Man in Babylon, written by George S. Clason in 1930. The book has become a classic having sold over 2 million copies in 26 languages. The advice is just as important today as it was when written almost a century ago. And, it is comforting to know we still realize how important homeownership is.

The survey looked at how Americans feel about homeownership. They found:

The report went on to say:

"Contrary to popular belief, the American Dream of homeownership has not turned into an American nightmare. In fact, we're seeing a national resurgence of buyer and seller activity on Trulia.com," said Pete Flint, CEO of Trulia.

"During the housing bubble, the American Dream of homeownership was beyond reach for many young adults. Stuck with student loans and entry-level jobs, many had resigned themselves to being lifelong renters. But the tide is changing - Millennials are now today's most serious homebuyers," says Tara-Nicholle Nelson, Consumer Educator for Trulia.

This report concentrated on what first home buyers experienced in the purchase process. It was somewhat surprising to find that:

It seems that the American public, even young adults still believe that owning your own home makes sense. And, it seems that those who have most recently purchased were pleasantly surprised with the results.

It appears that the majority of the country thinks you would be doing the smart thing if you considered purchasing a home for you and your family. Talk to us today about graduating to homeownership!

Here are some affordable first homes in Northeast Tarrant County. 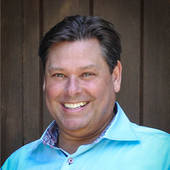