January 2011 home sales in Greater Nashville TN area were up in comparison to January 2010.

Donna ... Thanks for your post, and I like to see local RE business market reports.  If you post a market report for a county or local area smaller, like city, or tract within a city, I'd find that even more interesting.  Best wishes.

Thanks for your comment.  I am in agreement that broken down to specific counties or communities helps to educate buyers & sellers of their own markets.

I could see why you were excited by the numbers. We are still in a free fall here in Oregon unfortunately, but reports like yours give us hope that things will change soon.

Welcome to the rain, I hope you are finding your experience fun and exciting. There are a lot of things to learn and though it may seem overwhelming these first few days. Don't worry, there are lots of us Ambassadors here to help. Feel free to look for the Ambassador logo under our pictures on our profile and our blogs and you can call and email any of us and we will gladly help you with any questions you may have.

Don't be shy, we don't bite, the fact is we are here to help each other make the business better by sharing with each other.

Donna, Welcome to the Rain! Active Rain is a great place to share your knowledge, expertise and thoughts, as well as network and learn so much from the vast pool of talent already onboard. 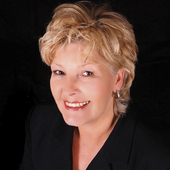